School-based and ASEAN Scholarships in Singapore

It is true that life can only be understood backwards. Back in 2006, I would not have known how a school-based scholarship in Singapore Chinese Girls’ School (SCGS) could be a game changer in my life.

Not only was I exposed to the world-class education system, but I also met many wonderful individuals whom I shared the joy and pain of growing up and traversing the ever-changing world. I hope that this essay can convince anyone who might still be pondering over the first step of applying for scholarship – go for it, for what is there to lose? As I am writing this piece, I start to reminisce my Singapore journey one and a half decades ago as a scholarship holder. Despite some bittersweet memories, I smile ear to ear.

I arrived in Singapore in November 2006, approximately 2 months after receiving the amazing news of scholarship admission from one of the top secondary schools in Singapore. Prior to that, I was an ordinary student from a relatively unknown school in my hometown, Medan.

Naturally, I was a tad nervous when I realised that my fellow scholarship winners were from more established schools. I began second-guessing my own potentials and the fear of possible failure soon engulfed me. Fortunately, with the support from the loved ones, I overcame self-doubt by arming myself with the “There is no harm in trying” mantra. With the power of manifestation of an imagined reality, I packed my luggage and embarked on the road that opened up unimaginable possibilities. I had not turned back since.

I am extremely thankful for Singapore. For the first eight years of my life in the Little Red Dot, three consecutive Singapore scholarships (i.e. school-based at the secondary level and ASEAN scholarships at the pre-university and university levels) had sponsored my education.

Although the three scholarships were distinct by categories, they were of similar nature in substance. For simplicity sake, I will refer to the respective scholarships as SCGS, Temasek Junior College (TJC) and Singapore Management University (SMU) henceforth.

If my memory does not fail me, the following is a brief recount of the application process for each of the scholarships:

If I am being honest, I still vividly remember the continuous struggle of juggling both the academic discipline and the demanding co-curricular activities, which balance was the holy grail of a holistic education.

Given the strict assessment criteria of a scholarship holder, each academic year presented me with a slim margin of error. I knew that I could not afford failing because there was no option B for me. There were times when I had to compromise my well-being because of the pressure cooker education system. Did I regret it? Not at all. There would be no diamonds without pressure.

Having experienced such an academic transformation of eight years, I can attest to the rigour and effectiveness of the Singapore education. Although the journey was mostly an uphill task that required a reservoir of perseverance and will, the fruits were worth every cent of the efforts.

To put it simply, the Pareto principle applies here – 20% in present hard work for 80% in future opportunities.

Save the Children in Singapore and London

With an accounting degree from Singapore Management University (SMU) in 2015, I started my career in one of the Big Four accounting firms in Singapore. Even though I was a fresh graduate, I felt a visceral urge to pay my blessings forward through a professional avenue. When the opportunity to join a Non-Governmental Organisation (NGO) knocked on my door, it felt like a circle of life in taking and giving.

Although I was relatively new to the sector, I took a leap of faith in joining Save the Children (SCI) in Singapore in 2016. With the benefit of retrospect, I am pleased to report that my journey in the NGO sector has been a purposeful one.

Having said that, there were still trying times when I re-evaluated my decision of joining and staying in the industry. For example, upon joining the industry, I was constantly exposed to the inequality faced by the underprivileged in the world to the point that I was feeling more helpless than ever.

Given the endless stream of disasters, both man-made and natural, that required immediate attention, I felt frequent slump and fatigue due to the pace of work during emergencies. However, a quick reminder to myself about the reason that I joined – my raison d’etre to be a force for good – had enabled me to stand firm in this sector until today.

Fortune was on my side when I was offered an opportunity to join the SCI headquarter in London in 2019.

Never had I imagined such an outcome when I first started five years back. It is, therefore, my intention through this essay to highlight the mantra of “There is no harm in trying” for anyone who might have the gusto in attempting something entirely new. Being on a road less travelled seems scary at first, but the rewards for walking the unique path certainly outweigh the risks associated with it.

*All photos are provided by the author. 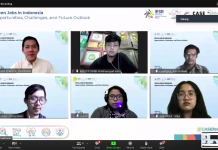 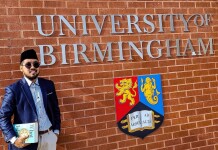 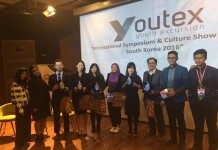