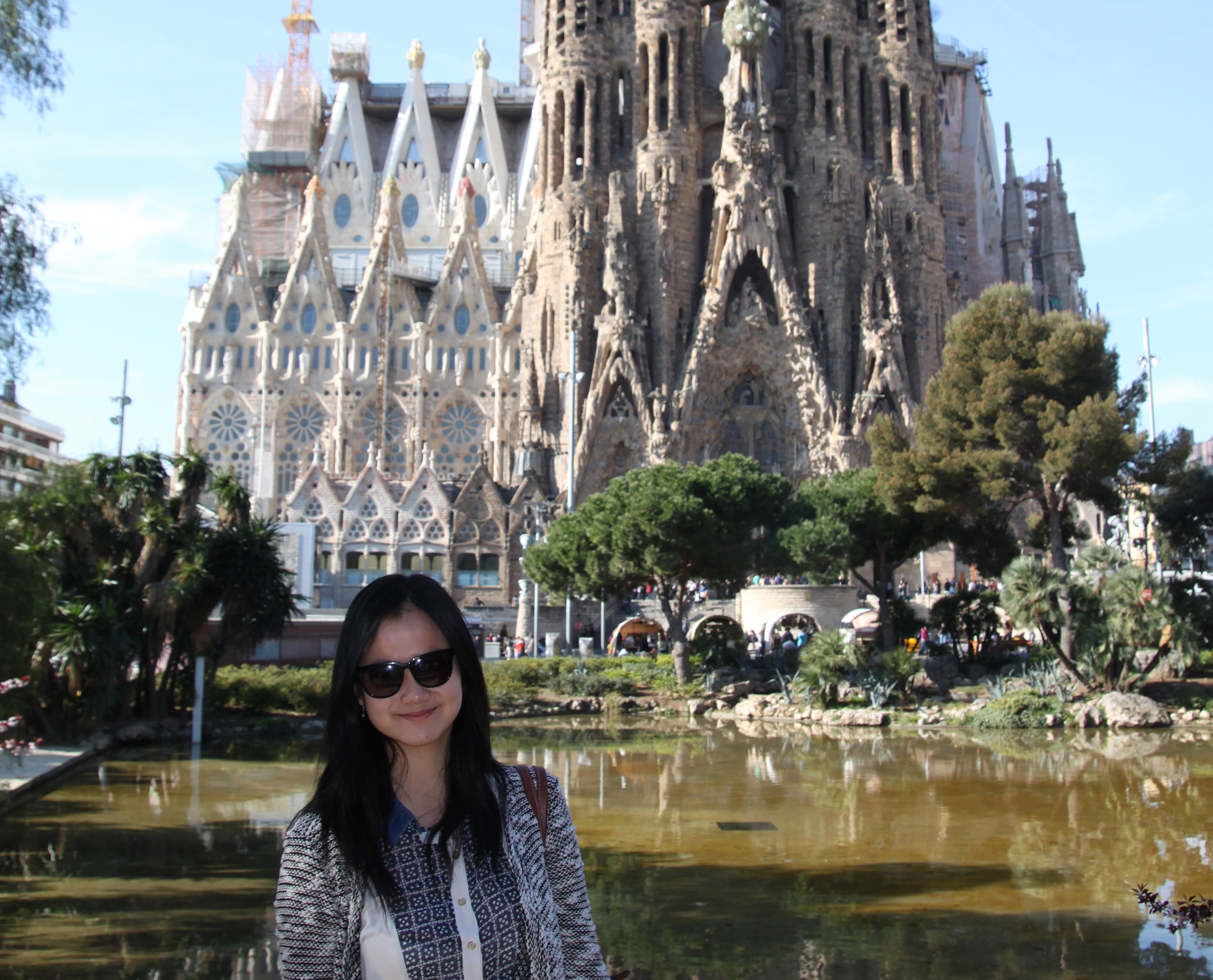 ad·ven·ture : an exciting or remarkable experience

It certainly does feel like yesterday when I handed in my long anticipated exchange application to the International Office of HKUST: Hong Kong University of Science and the Technology, the institute where I’m currently pursuing a full time degree in Biomedical Science. After a good month or two, I received an email stating my acceptance for an exchange semester at Utrecht University, Netherlands.

A fair mix of excitement and anxiety washed over me simultaneously. The former was driven by the very idea that spending six months in Europe does not seem too shabby, at least to me. However, at the same time, it also meant that I had to leave my comfort zone and start fresh in a place that was completely foreign to me.

Then again, life is either a great adventure or nothing, right?

So, I took the leap of faith, packed my bags and headed out for what could possibly be the biggest adventure of my life.

In this article, I am going to pinpoint three aspects: unavoidable culture shock, the highlights of my exchange period so far, and several pointers if you’re planning to go on exchange be it in Europe or anywhere else in the world.

When I wrote this article, I was three months in, living in Utrecht, a relatively small yet charming city that boasts a medieval center set around beautiful canals. I have adapted to the city’s lifestyle and rhythm. My first few weeks, however, were a different story.

Partial to Asia’s fast pace and the constant availability of food, shops and urban entertainment, Utrecht was a far cry from what I had been used to having in Asia. People take their time with; I mean really take their time. They would sit in the café for hours, or casually stroll around the city with their bikes while marveling over the city’s nuance beauty. In addition, stores close at six in the evening each day, except for Thursday when they close at nine. No late night shopping for me!

At first, I wasn’t too keen about these changes. As a practical person at heart, there were times when I would get so frustrated over how things were done, always managing to find a loophole in every aspect of life. However, if you asked me now, I would gladly trade all these mundane issues for the magical sights that I enjoy seeing every single day. How did I manage to do it? More on that later! (Hint: check out the tips and advices section.)

The Best of The Best: My (So Far) Exchange Highlights 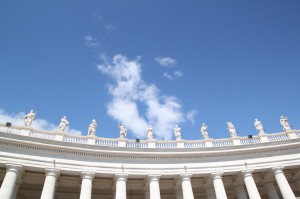 I have always wanted to go around Italy; sampling different flavored gelati, marveling over the opulence beauty of the Vatican, being awestruck by exquisitely beautiful Venice, and pulling off my own version of the Roman Holiday (1953). This spring break, I did just that! I started off from Milan, took a train to Venice, then continued my journey south to Florence & Pisa, followed by wonderful adventure in Rome, and finished off in the beautiful coast of Naples (a quick trip to Pompeii was done and dare I say, it was life-changing). 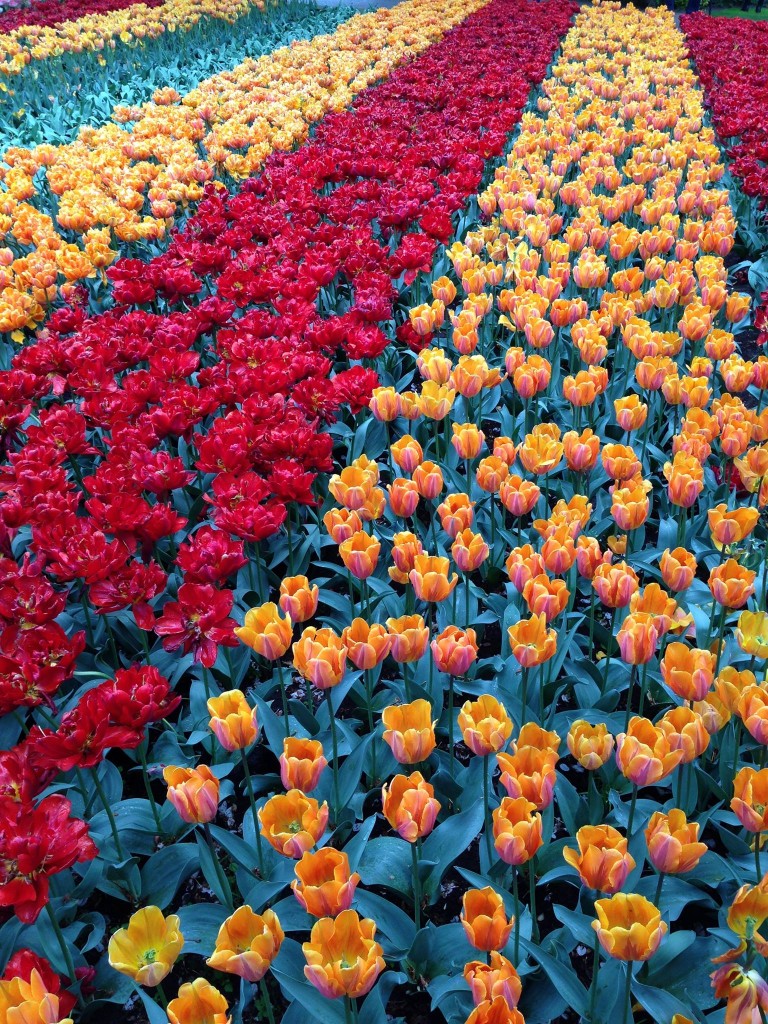 No one does the tulip season better than the Dutch

Since I’m currently residing in Netherlands, it’s only appropriate that I put “flower sightseeing” as one of my trip highlights. I’m just going to the let the picture do all the talking here.

3. Around the city on two wheels

I have never been a big bike rider as it’s almost impossible to go around the congested streets of my hometown, Jakarta, by bike. However, in Netherlands, riding a bike is like eating pizza in Italy, everyone just does it daily. Simply putting it out there: you ain’t cool until you got your bike.

Sagrada Familia has been under construction for almost two centuries and it’s not even halfway done. This Gaudi masterpiece remains as one of the most fascinating and stunning churches to ever exist in the world.

Tips and Guides for Going on Study Abroad

Whether you’re headed for Europe or any other place on earth, study abroad can be an exciting, yet terrifying thing. However, no worries, I’m here to give you some pointers on how to make the most of your exchange experience:

1. Overcome your culture shock by immersing yourself in the local culture

We tend to shy away from the local culture when we’re experiencing culture shock. My advice is to do the opposite. By immersing yourself with the culture, you get to see things from the natives’ point of view and that will certainly alleviate your cultural shock. For my part, like all the Dutch, I learned to get around by bike and appreciate good ol’ Dutch pancakes

2. Plan your trips ahead

During study abroad, you would definitely want to travel around. Remember to plan your trips ahead to save you from having to pay an exuberant amount of money for last minute tickets. In addition, make sure to do some research for the place you’re heading to. Some sources include Lonely Planet, the Internet, or apps on your smart phone. Preparation will make your trips much more enjoyable and efficient.

Don’t confine yourself to the partying scene, which is how most exchange students usually do it! It’s always a lot better to keep a good balance between nights out and day trips. Yes, drinking and dancing through the night might seem appealing, but then again, you’ve come all the way, so why not explore the city or the country you live in?

*All the pictures were supplied by  the writer