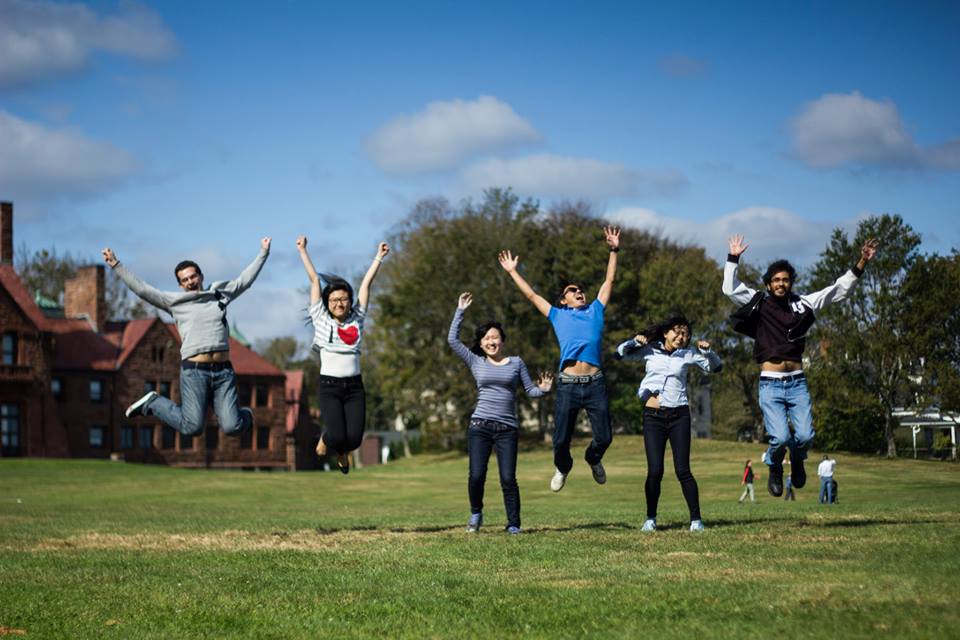 One thing I realized from most people here at Brown—and Westerners in particular—is that they don’t really take arguments personally. Friends do not hesitate to argue with each other when they talk about a certain issue.  But that’s it. It’s completely fine when their friends do not agree with them. No tension afterwards, no friendships ruined; basically, all is good. Compared to my friends back home, I feel that Indonesians tend to be agreeable even if their opinions differ from those of their friends just to avoid conflicts. At first glance, it might be a good thing. What’s the point of arguing with someone over something insignificant, right?

Well, not really. I began to realize that conversation is a really good way to practice critical thinking in a colloquial manner. Personally, I feel we eventually will get used to merely receiving information instead of formulating our own opinions, because nodding and not offending anyone is a much easier thing to do. I learn a lot from some really interesting and thought-provoking conversations here mainly because I chose to voice my opinions—and even disagreements, instead of just smiling and being the agreeable one. But of course, we have to make sure that it is a healthy debate. Always use proper language and avoid generalizations as well as discriminative comments, for instance.

What I meant by something new here, it is not just completely new things—like salsa or swing dancing or Japanese drumming, for instance—you’ve absolutely never tried before. (Although of course, that’s a really good thing that you should do.) What I am trying to say is, when you live on campus 24/7, it’s so easy to get sick of those same ol’ routines. I, myself underestimate its significance and made some bad life decisions my first semester.

Let’s say, study space. I studied at the exact same place every single day for three months, the Sciences Library—or SciLi for short. Often dubbed as the ugliest Brown’s building, SciLi is now for me the most depressing place on campus. It may seem trivial, but it’s not. I got tired of studying and couldn’t study productively, mostly because I was actually tired of the same study space.

It’s not just study space. Same thing goes with dorm food; don’t just go to that same eatery for every single meal. Do something different every weekend. Go off-campus and explore the city. It’s good to change your routine every now and then. “Boring” is the last word you want to associate with your college life!

3.    Don’t worry about the way you speak English.

First semester, I wasn’t really fond of class discussions. It was dreadful. Everyone spoke in perfect English (oh right, I’m in America—makes sense), full of fancy words and presented their opinions eloquently. I waited too long to voice my opinions, and ended up not saying any single thing for the entire class. Instead, I wasted my time coming up with all these nonsensical reasons on why I should keep my mouth shut. The list includes: what if I stop midway just because I couldn’t find the suitable English word to describe what I want to talk about? What if I mispronounce a word and people laugh at me? What if my arguments sound really stupid and the entire class thinks I’m stupid? What if? What if? Anything but “what if you stop worrying and just say something?”

Turns out, everyone here is really helpful and appreciative towards international students. One of my good friends even told me that I shouldn’t hesitate to ask him if I don’t understand something from the lecture. Some of my professors also pointed out the same thing. That really made a difference. I began to participate in class discussions. I don’t really care if I stop a couple of times (but not too long!) while raising my opinions to come up with the right words or just structure my sentences. If I don’t understand a word—or how to pronounce it, I would just casually ask someone and not feel embarrassed about it.

And after all, if you think about it, there is absolutely no reason to worry about not to speak in English the way Americans do. Having an accent is sexy, right?

4.    It is okay to ditch academics every once in a while for something more worthwhile.

To be honest, I shouldn’t give this advice myself, since I am far from abandoning my schoolwork. (One of the perks of being a homebody, everything for the next week is almost done during the weekend.) But last semester, I went on a weekend camping trip to Cape Cod with some people from the geology department. One of my friends wasn’t sure if he wanted to go, because he had a midterm on Monday on a subject he was having a hard time with.  In the end, he decided to go. Partially that was because our advisor’s reassurance; she told him that he wouldn’t even remember about his physics midterm he took during freshman year, but he would always remember the fun time he had at college. I think she made a really good point there.

That being said, failing a class just because that so-called “sick” party a day before finals is just so not worth-it.

On top of those four things, don’t forget to try out some American things you’ve never tried before: dressing up for your first Halloween (I wore my Mona Lisa costume to the dining hall; the best embarrassing thing I’ve ever done so far), sliding down the snowy hill with a dining-hall tray, eating lots of grilled cheese and brownies and other heavenly American food; the list goes on. But most importantly, whatever you choose to make out of your first semester, just make sure that when you look back to it, all you can say is: “Dang, I had one hell of a good time!”