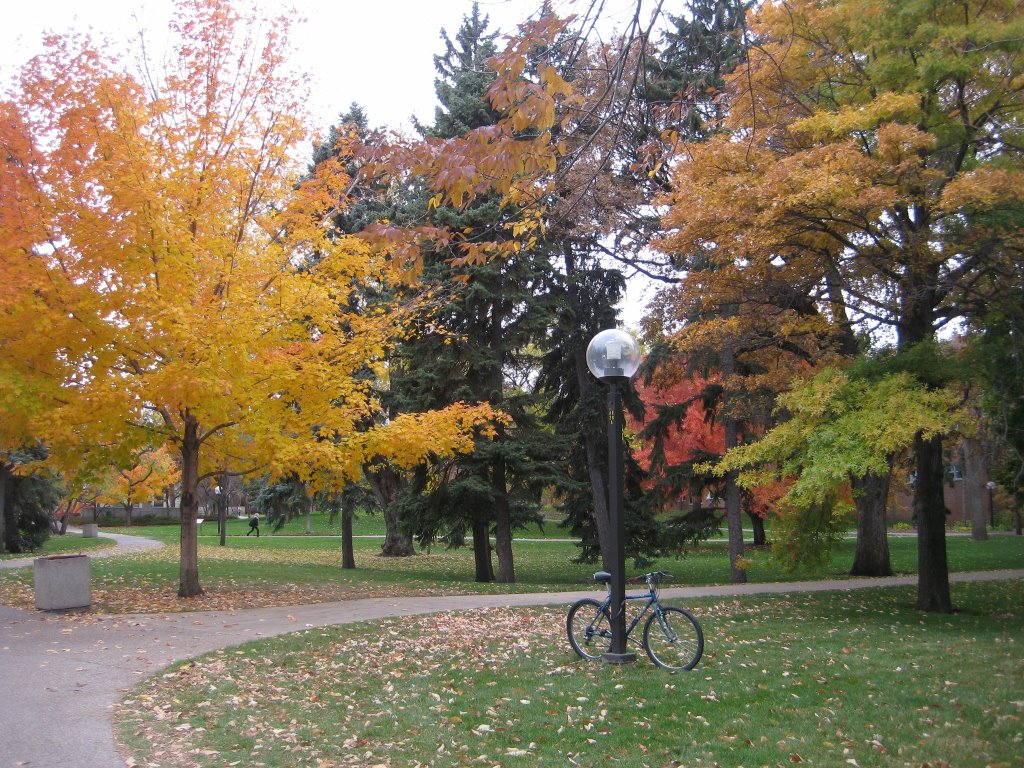 I was running out of my breath after jogging along the Mississippi river, looking at people rowing boats, the smell of the grass and the flowers was in the air as the mid spring was coming, a clear blue sky above me.

I sat on a bench and my mind traveled to one year ago when all of this was still just a dream. I had a dream ever since I was a kid that someday I would pursue an education in the United States, but had no idea that I would end up in Minneapolis, the capital city of Minnesota which is a state far in the north of the U.S. The idea of going to Minneapolis worried me at first. The most famous thing about Minnesota was its horrible winter and it also seemed to be in the middle of nowhere. Never had I imagined that I would fall in love with this city – its lakes, its arts and above all the Midwestern hospitality.

When I started my study in University of Indonesia Law School, I have started to dream that I was going to experience law education in the U.S. As a student, my life revolved around legal drama in John Grisham, Scott Turrow and Michael Connelly’s books and it might sound silly but please take me to the U.S!

One problem though, which is money. LL.M in the U.S. is a very expensive program – it might even be the most expensive compared to similar programs anywhere else in the world. There was no way that me or my family can afford it.

My dream however was bigger than just a money problem. There is only one solution for me: scholarship.

I began the whole process of applying for schools and scholarships a year before I expected to start the program. Take your time to prepare, among others to get the best TOEFL score as this is one of the most important factors in the consideration of your admission. The process was of course annoying, tiring and sometimes heart-breaking. Nevertheless, it is worth the ride.

Almost all law schools in the U.S. have some sort of financial aid program, but not all of them are for international students, not to mention LL.M students. The most common type of financial aid is tuition waiver, which can cover parts of tuition to full tuition. Important to note is that in addition to tuition, law schools sometimes also impose additional fees and the waiver might not cover this. Financial aid from law school rarely covers living cost; hence you have to find other sources for this one.

My personal advice: go to the Midwest. The Midwest has some of the best law schools yet they have more generous scholarship programs for LL.M students. It is one of their ways to attract international students since most of them prefer to go to the coasts. And do not worry; they are great schools with amazing credentials. University of Michigan, University of Minnesota and some schools in Texas are some of those schools.

People might be reluctant to go to the Midwest since the northern part (such as Minnesota, Michigan and Illinois) is too cold while the southern part (such as Texas) is too warm. But think about it this way, you are going to live there for only one year and isn’t it exciting to experience extreme weather instead of having the same weather all through the year as in Indonesia? To make it even more attractive, the living costs in the Midwest are significantly lower than those in the coasts. This is important if you only get tuition waiver and have to pay the living cost on your own.

Further, it is everyone’s dream to find a scholarship that covers everything. This is of course possible – but it is rarely through the school. What you have to do is to find a foundation that will provide full funding for you. Start looking at law schools’ websites thoroughly as usually each law school has numerous alumni foundations that provide financial aid for students. In the most common case only U.S citizens are eligible to apply; however, it is possible to find foundations in which LL.M students are also eligible.

There are limited outside scholarships such as the Fullbright, American Association of University Women, and the E8 Foundation. Those organizations have certain missions hence make sure you apply to law majors that are related to their missions, such as gender or energy. Here you might have to compromise your own interest, let’s say business law might not look attractive to those foundations. Those three foundations I mention is not an exhaustive list; hence you have to still look for more other options out there.

Now that you already know where to apply, the next big question is how to create a successful application?

You have to, first, possess excellent academic merits. Law schools in the U.S are institutions for brilliant people hence they will really take into account your achievements and grades during school.

Second, I cannot stress even more the importance of your English proficiency. Typical U.S law schools require TOEFL score even higher than any other graduate programs; 100 in Internet Based TOEFL (IBT) is common. Some of the great schools require lower TOEFL but if you really want to be considered for a scholarship, you have to get at least 100 in TOEFL. So, invest more of your time (and maybe money) for this.

Recommendation letters are also really important factors of consideration since they will show how your professors and/or employers assess your merits. U.S. law schools as I see it generally prefer academic recommendation; so start contacting your professors and tell them about your plan. Professional recommendations can also be good if they can show your work exposure that is related to the specific LL.M major you want to apply. One thing that might not be that accurate is that people often think that it is that important to get recommendation from a very famous person, like a well-known professors or lawyers. Of course it can be a good idea; but, the most important thing about your recommendation letter is that it is personal. The referee should show that he really knows you both in person and as a student/professional and make sure that the recommendation mentions your characters, endurance and academic capability in details.

The most important document in the application to me is the personal statement because: (1) it shows your writing skills; and (2) it is the place where you can sell yourself. As you are going to law school, writing and reading is the most basic thing you are going to do on a daily basis.

Take your time in drafting the personal statement and ask opinions from people around you. Personal statement is the media where you can tell your story. If you feel your academic merit and recommendation letters are not really in your favor, you can tell about your experience that bring you to decide to take LL.M and the way you see your future after your LL.M. This experience can be as wide as your traveling experience or your personal experience as a kid where you grow your love for the environment. The Americans value ‘diversity’ highly so you may succeed in securing admission and scholarship if you can show how your experience will add to the diversity of not only the student body, but also the classes that you are going to take.

The process of applying for schools and scholarships is not as daunting as it looks. Persistence is the key. I have applied to many scholarships and got many rejection letters in return; but never had I doubt that I will succeed, which I did.

Along the ride, you might find difficulties, feel hopeless, and have people around you who say ‘why is it that important to go to school abroad’? But remember, those words come from people who do not make it.

So aim high, the world is waiting.

I spent more than one month just to decide where to apply. I made decision basically based on the excellence of the school and the courses they offer. I am an environmental law geek so I look for schools with variety of courses in this field.  I chose school in the Midwest since I would still be able to afford the living cost there even if I only got scholarship that covers the tuition (as you know, living in the coasts might be significantly more expensive).

But then there came a series of rejections. I was denied scholarship from University of Michigan — this was heartbreaking to me since it felt devastating to get into a top 10 school but ended up not going simply because I could not afford the tuition. I also got scholarship from Tulane University but it only covered half of the tuition.

As I said before however, I never gave up. Finally I received an offer of almost full tuition waiver from University Minnesota Law School and in the end everything is worth the ride.

All in all, I believe in Bob Marley when he said: when one door is closed, another one is open.

Photo taken by the author herself.