As a developing country, there are many sectors that Indonesia has to improve on, including health policy. Tobacco use is widespread and in some areas essential drugs are still hard to come by. In this interview, Ryan shares his insights on the future of Indonesia’s health policy.

Ryan Rachmad Nugraha is a young medical doctor and health policy researcher who completed his Medical Degree from the University of Padjadjaran in 2015, when he was only 19 years old. Ryan later worked as a doctor in Bhakti Yudha Hospital in Depok. Despite working as a medical doctor, he realized that he is very passionate about doing research. Therefore, he then worked as a health policy researcher in the Center for Health Economics and Policy Studies (CHEPS) of the School of Public Health, University of Indonesia.

To gain more knowledge and experience in public health, Ryan applied for USAID Prestasi Scholarship to pursue his master’s degree in health system and policy at The Johns Hopkins University in 2018. At that time, he was one of only four Indonesians studying at Johns Hopkins.

On campus, Ryan was involved in numerous activities. He took part as the Deputy of Professional Affairs within the Asia Pacific Public Health Network (APPHN) of the Johns Hopkins Bloomberg School of Public Health, committing himself to bridge students to professional opportunities as well as thousands of school’s alumni within the area. Along with his peers, he initiated YHEPS (Young Health Economics and Policy Society)—a platform for public discussion and sharing on issues particularly regarding national health insurance, health care delivery, among many else.

I met Ryan for the first time in Washington DC in 2018. Talking with him for only a couple of hours, I could see clearly that health system improvements through policy change has been Ryan’s core professional interest and passion. We talked several times after DC and Ryan still showed the same great energy and passion about health policy. In the near future, I won’t be surprised if he plays an important role in the development of Indonesia’s Health Policy.  Ryan is happy to share his experience while studying in the US and how he thinks the Indonesian Government can improve its health policy.

What is your biggest motivation to study abroad?

I’d say my biggest motivation is for self-growth. As a project assistant at several public health policy projects when I was still at the Center for Health Economics and Policy Studies (CHEPS), I personally felt that there was this barrier to fully exercising my potential. One example is when we did an analysis for projects, many times I ended up just receiving and reading those project results in paper. I felt like I could do more, albeit not knowing how. This is when I first realized I had to ‘study again’.

When I decided to pursue a master’s degree, going abroad instantly came to mind. I think it’s mostly because of the experiences I’ve been exposed to—that, and personal drive to go someplace new. I know it sounds a bit corny, though (haha…).

Why did you choose to study public health and why did you decide to do it at Johns Hopkins?

Choosing Public Health has been an internal battle, perhaps. I guess it started way back when I was in clinical clerkship rotation in medical school. When I was an acting intern doctor in a Primary Health Care (PHC) in Sukabumi, West Java, we experienced a shortage of an essential drug. I realized this just when I was about to prescribe a drug to this special patient of mine who came to visit. I could not remember his name now, but I was close with him as I was assigned to do serial home visits to treat his stroke. I was so enraged for the fact that even a PHC so close to the city can experience shortage of drug—and the fact that I could not give him anything to him makes me helpless. I realized that Public Health was an answer to that. From that moment, Public Health falls instantly as my line of career—which makes me so eager to study Public Health.

In choosing at first, I was torn between choosing Johns Hopkins or University of California Berkeley because of the recommendation of my mentors. I was hesitant to choose Johns Hopkins at first having known its historical crime rate (even more so now, haha…) but I eventually did because of my mentor’s recommendation. Moreover, I think they’ve been very historical in Public Health, and to Indonesia too!

In your capstone project’s report, you wrote about Indonesia’s long fight with tobacco. Why are you interested in doing research about tobacco in Indonesia?

Tobacco control is actually one of the research areas I was introduced to in public health policy. I remember back in 2016 when I started policy research, I was assigned to two topics: economic evaluation of healthcare and tobacco control, specifically in tobacconomics. What made me interested is that that was the first time I realized that there are many angles by which we can shape a policy. The projects really broadened my horizon and I was interested ever since.

What is the most important tobacco control policy strategy that need to be implemented by the Indonesian Government?

I think ultimately it has to be a strict enforcement to prohibit under-age smoking. We have Government Regulation 109/2012 which strictly prohibits smoking under the age of 18, but in reality, it’s not heavily policed. Policy ideas have been proposed as to make kids opt not to buy cigarettes, for example making cigarettes expensive. However, ideas will just be mere ideas if there was no commitment from the government.

You developed a framework to address gaps in efforts to sustaining tobacco tax increase and earmark policies in your capstone project. Can you elaborate more on the framework? What are some opportunities and challenges if the government wants to implement the framework?

The framework is very far from done. I spoke to some experts in the area (which I was lucky enough to be seated with when I was in school) and they said that I still have a lot of homework to do. In essence, the framework was built for guiding policymakers on how to build a sustainable policy for tobacco control.

The challenges are many, of course. Tobacco industry interference is one. We believe many people who are concerned have not worked well in harmony (in silos, to be exact), and those are just some.

In your opinion, what is the best approach to improve the health system through policy change in Indonesia? And how far are we now from the ideal condition?

That’s a very great yet very tough question! I think policy change needs to be sound and well communicated to the public. But it is not as easy as it sounds, of course, especially in this internet era.

How far are we now? Far from ideal, but I think we’re getting there. I think the toughest challenge would be data availability and transparency in policy making process. Data of course is tough since from experience I can say many are still scattered and not well recorded. Transparency is the whole another thing.

What is the most meaningful experience you had when you lived in the US?

Most meaningful? Hmm. I guess that is when I had my first ever Thanksgiving with my school friends. We went together to a Lake House and had a turkey for dinner. It was very special for me.

What advice would you give to young Indonesians, who want to study public health in the US?

Never settle for less! I think, comparably (to other universities abroad like UK and Europe), US university requirements can be very demanding —o don’t settle for less, especially if that’s what your heart desires. Moreover, I’d say manage your time well and be aware of deadlines. Sometimes one can be caught up and missed very important deadlines. 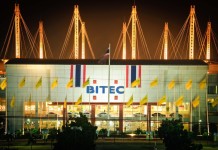 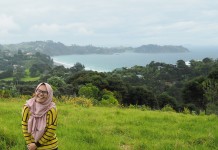