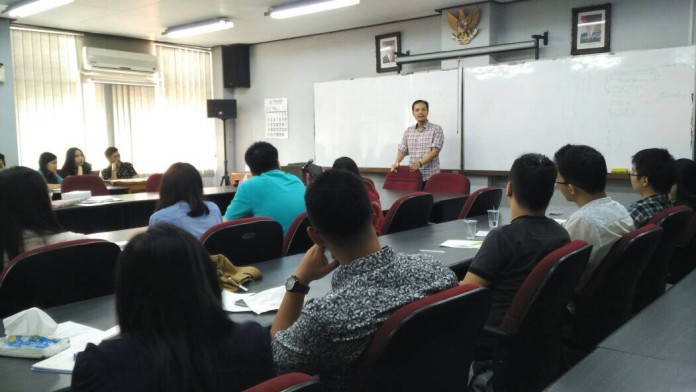 When we live abroad, we become a representation of our country to other people. What we do with that is up to us. Indonesia Mengglobal Columnist, Steffen Hadi, took it as a duty and chose to promote Indonesia as an investment destination. Here, Steffen shares his experiences in promoting Indonesia in the United States of America (USA) and Japan.

As an Indonesian, whenever you study or work overseas, you are actually bringing with you a duty, namely to bring the good name of Indonesia. Whether or not you are called to fulfill your duty entirely depends on the opportunity you have and how big your nationalism is.

In this article, I would like to share my experiences in bringing the good name of Indonesia by campaigning the tag line “Invest in Indonesia” while I was studying in the USA and when I was working in Japan.

Presenting about Indonesia in an International Class

Most of the law school students who took the master of law program came from professional roles such as lawyers, judges, prosecutors, businesspersons and even investigators. Events that encourage professional networking was really needed for these people as aside from the knowledge, they would also expect to bring an improved network home. No wonder, the response to such events was really encouraging and many people applied to become the speaker. As for me, because I was the initiator of the event and the president of the class, I volunteered myself to become one of the speaker to present my background. Actually, the reason that drove me to become one of the speaker was because I wanted to promote Indonesia and the event was a great opportunity for me to promote it.

As a background, I took master of law thanks to the scholarship granted by the Indonesian government, hence, promoting Indonesia during my study was undoubtedly a duty that I must undertake. But, honestly, even without the scholarship, I would take the chance to promote Indonesia in such kind of event.

Presenting about legal aspect in investing in Indonesia

As a background, when I worked in Tokyo as a lawyer, I was requested to deliver a seminar about the rules and regulations for investing in Indonesia. The seminar was intended for Japan External Trade Organization in Nagoya. The audience consisted of representatives from various Japanese companies who had the intention to bring their investment in Indonesia. The cool part was this event was announced nationally by the Japanese bar association, a formal organization for attorneys in Japan.

So, being a speaker in such prestigious event was really an honor for me. The hype was really overwhelming, not only because the level of the event, but also because it was aligned with my motivation to always promote Indonesia wherever I live. Cut the story short, the event was a success and the audiences were lively. I was overjoyed.

The message to be taken is that, I agree if one says you can promote about Indonesia when you study or work overseas whenever the opportunity allows. But to this note, I believe a footnote is necessary. Namely, although the opportunity does not allow, you must always have the mentality and motivation to promote Indonesia. Promoting Indonesia can be done in various ways, not only being a speaker in a seminar. I could originate from your behavior, the way you talk, kindness, and care for others. Foreigners can respect Indonesia if they respect you, because as an Indonesian, wherever you go, you will always be a representative of Indonesia. 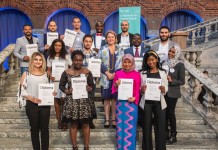 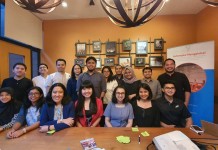