This February, I spent a week in Phnom Penh with bright young politicians from 13 Asian countries in the 11th batch of Konrad Adenauer School for Young Politicians (KASYP). KASYP is a leadership capacity building program run by Konrad Adenauer Stiftung, foundation of the CDU party Germany (Angela Merkel’s political party). The foundation runs democracy building programs in many countries around the world, and KASYP is a part of their Political Dialogue Asia regional program.

KASYP aims to encourage dialogue and multilateralism among young politicians. With the rise of ultra-nationalist sentiment, interconnectedness of the world, and growing complexity of public problems, peace and development continue to require strong cooperations and understanding among nations. That’s why it brings together young politicians from different countries, political party ideologies, educational background, and work experience.

The program itself is designed to extend over a period of two years, with four direct meetings in total. The first three meetings are held in different Asian countries, and the final one will be held in KAS’ headquarter in Berlin. Each meeting covers a specific module and objective:

Module 02: Political Parties in Elections and Electoral Campaigning
Provides participants with the understanding of electoral campaigning and its many tools as well as the importance of providing organised electoral choices to citizens through political parties.

Module 03: Political Parties in Local Governance and Development
Provides participants with tools and knowledge to create effective democratic governance in societies facilitated by political parties at the local level.

Module 04: Political Parties in Western European Parliamentary Democracy
Provides participants with the exposure to the role of political parties at different governance levels within a political system.

The first KASYP meeting covers “Module 01: Political Party Functions and Organisations in Democratic Societies”. It was fascinating to learn about diverse political environments and party systems in Asia as well as communication skills and leadership. As the method of learning relies on adult learning, all the activities are designed to be highly relevant and directly implementable to advance one’s political career. It also relies heavily on knowledge exchanges among participants. Thus, I’d like to call the program a potluck of political learning. Each of us came to the workshop with our own “prepared dish” to share with others. Thus we built new forms of knowledge, skills, attitudes, or values through the exchanges of political experience.

The first module’s material started with discussion of the nature of Asian values and Asian democracy, and how they differ from the Western perspectives on democracy. Our facilitator was Prof. Sandeep Sastri, Professor of Political Science and Pro Vice-Chancellor of JAIN university as well as the coordinator of global barometer survey for South Asia. We discussed research findings on the differences between Asian and Western perception on democracy. While the West emphasises the procedural aspects of democracy such as individual’s rights and freedom, Asian values substantive aspects of democracy like welfare and governance. We explored whether this is the case in each of the countries, and reflected on how this will affect our political journey.

We also explored other relevant issues in Asian democracies by holding debate sessions (Oxford-Oregon rules). The debates covered the following propositions: Extra-legislative power should be given to the parliament; The State should provide fundings for political parties; and Asian values are incompatible with democratic values. Not only did we get to exercise our debating skills, a very valuable skill for politicians, we also got to explore different perspectives related to the aspects of practicability, necessity, and beneficiality of the propositions.

We also covered the topic “Political Dynasties, Development, and Democracies” facilitated by Prof. Sok Udom Deth who is an expert in South East Asian Study. The political dynasty has been perceived as highly “undemocratic”, but it is a reality in so many places in the world. Interestingly, political dynasty exists in all forms of political systems, whether authoritarian (e.g. North Korea), competitive authoritarian (e.g. Singapore), or even advanced democracies (e.g. USA & Canada). There is also no causal relationship between the political dynasty and development level. Being aware of the tendency of political inheritance, we asked ourselves, “How can we make the best of this reality to advance the value of democracies and development?”

Importance of Dialogue and Multilateralism

During the program, KASYP participants visited the headquarter of Cambodian People’s Party (CPP), the ruling party. We met H.E. Sous Yara, the spokesperson of CPP and the central committee of the party. H.E. Sous Yara was excited to hear that I come from Partai Golkar as Golkar is one of CPP’s sister parties and he mentioned his close friendship with many Golkar officials. Being a country with a past of conflicts and now one of the fastest growing economies in were among the many things we wanted to know more about and learn from Cambodia. Discussion topics ranged from Cambodia’s strategy to maintain high growth amid partial suspension of EBA (everything but arms) preferential trade scheme with the European Union and health crisis in China (these two are Cambodia’s big trade partners), their public service reform through decentralization and deconcentration that provides more authority and resources to local governments, to de-dollarization efforts to increase adoption of Cambodian riel (if you ever visit Cambodia, you know how commonly used USD is). We also discussed how Cambodia’s challenges mimic other Asian countries.

We also conducted a dialogue with members of the Cambodian National Assembly. We were accepted by H.E. Hun Many, a member of the Cambodian National Assembly. As a young political figure in Cambodia, he shared many of his life stories and wisdom with us. H.E. Hun Many is the son of the current Prime Minister, Hun Sen, and before entering politics, he studied abroad in Australia and USA (as a Fulbright Scholar). One thing that I remember most from the session is when he said, “Know yourself, know your nation. Understand the mindset of the people,” as he continued to emphasise the importance of accepting and working with our own country’s reality. He added, “Especially when you have lived/studied abroad and see a level of development that is far from your country’s condition. Get back to knowing yourself and your people.”

Another memorable visit that day was dinner at Maya’s Village, a sustainable hospitality business run by Maya, a Cambodian KASYP alumnus. She started the business because she wanted to save the Cambodian traditional wooden houses that have to be knocked down as city development accelerates. She rebuilt these houses herself. In one of these houses, she served us various traditional Cambodian foods such as spring rolls, fish amok, and tom yum. Maya is no longer in politics, but now her activism has now taken a different form. As she continues to run her sustainability business, she also encourages others to adopt the same lifestyle.

We were also trained to deliver compelling presentations to the community by our facilitator, Ms. Maidy Lim. In this session, Maidy, who has a long experience as a development leader, guided us as we explored the importance of story-telling in engaging the audience in communication. We all had our stories to tell and in this occasion, we took turns in delivering a short pitch related to a public problem and adjusting the messaging to suit different types of audience. Through peer feedback, everyone was able to review their communication style and give feedback. Moreover, with many different topics that everyone chose, we also gained knowledge on many issues in other Asian countries. Through my team, I had learnt more about sanitation issues in Mongolia, the state of gender inequality in Nepal, and challenges for youth employment in Sri Lanka.

On the last day, the program closed with a leadership workshop session. The workshop was led by Dr. Ryan Guinaran, a young doctor and community leader with his organisation DITENG (Doctors for Indigenous Health and Culturally Competent Training, Education, Networking and Governance). The framework that we used in the workshop was democratic bridging leadership. Bridging democratic leadership is the most relevant approach in addressing complex social challenges because it requires collaborative action from various sectors. An effective bridging leader would be able to take responsibility for an issue and then create co-ownership with multiple stakeholders and lead co-creation of a sustainable solution.

The workshop also taught another important element of leadership which is giving voice to value. Leaders often find cases on two conflicting values, and they must face them calmly and competently. Everyone shared a story in which they faced a dilemma in their lives and evaluated the best action to take. After exploring and identifying cases of moral dilemma, for better anticipation in the future, we were encouraged to prepare well-reasoned responses to these conditions.  After this session, we were given assignments to review our leadership journey, to create our leadership capital development plan, and to write our own public narrative in advocating for democratic values.

KASYP opens its application for a new batch every year. Selection is open to young politicians in Asian countries. To be classified as a young politician, you must be under 35 years old and is active in a political party’s structure. The documents that you must prepare for the applications are:

The program fully covers participation in KASYP. Applicants are reviewed based on their political activism and leadership track-record. Most participants have more than 7 years of political experience. The majority has run for the office as candidates themselves and some are currently holding seats in parliament or local council. Since it’s a highly competitive application make sure you have enough time to prepare and be on the lookout for application opening around September 2020 in KAS website. 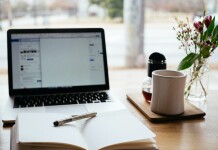 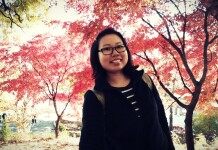 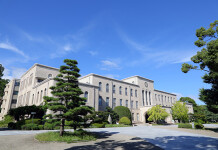