Ever wonder what it’s like to live in Central America? Our contributor, Ajanti, decided to pursue a master’s degree in Costa Rica, a country known for its beaches, volacanoes, and rich biodiversity. Read more to hear what it’s like to study at the United Nations Mandated University for Peace (UPEACE) in San Jose, Costa Rica.

Before I left for my master’s degree I was always excited but also frustrated every time people asked me where I was going. I was excited because pursuing a master’s degree abroad was a dream come true for me, but frustrated because whenever I told them I was going to do my masters in Costa Rica, more often than not I’d be met with either a blank stare as they tried to mentally figure out where in the world I was talking about or a short and simple “Why?”. In response, I’d muster up the most genuine smile that I could and say, “Why not?”.

Whenever we think of studying abroad, most of us Indonesians will probably think of Europe, the US, Japan or Australia. They’re countries that are familiar to us because they’re easy to travel to and we’ve probably gone there ourselves for a short vacation or maybe we have friends who are currently studying there right now and keep posting amazing, snow-filled, adventure-packed stories on their Instagram. But the world is so much bigger than just these few countries and as I discovered myself, by going a bit further out of your comfort zone and taking the road less travelled, there’s so much more that you’ll learn and gain in return.

If you’re still not convinced, here are 5 reasons why pursuing a master’s degree in a country like Costa Rica is more rewarding than you might think:

1. Study at a UN-affiliated university with world-class professors.

Costa Rica is home to what I consider to be a hidden gem in the world of higher education: the United Nations Mandated University for Peace (UPEACE). Established in 1980, this university is relatively young compared to others, but it makes up for this in quality, especially in terms of its professors and professional network. I’m currently pursuing a degree in the department of Environment, Development and Peace and I’ve had professors who were oceanographers studying climate change in the Arctic and Antarctica, country representatives of international conservation organizations, and founders of urban design firms. These are people who not only teach you the academic theories but can also speak from their own experiences in the field and give you the practical skills you’ll really need. Not to mention, almost every course has at least one field visit which allows you to implement the knowledge you’ve learned in class to real-world scenarios. UPEACE’s status as a UN-affiliated body also means there’s a wealth of opportunities to expand your professional network, especially if you’re interested in working within the UN system. Its annual internship fair is attended by many UN bodies as well as prominent local NGOs and it was from this fair that I was lucky enough to land an internship with UNICEF Costa Rica.

2. Discover best practices that can be implemented in Indonesia.

As they’re both located in the tropics, Costa Rica surprisingly shares a lot in common with Indonesia. They’re both developing countries that rely heavily on agriculture and natural resource extraction to fuel their economies and as a result grapple with issues of deforestation and environmental degradation in the process. The only difference is that Costa Rica was able to reverse this deforestation trend and is now renowned worldwide for its environmental commitments, pledging to be the first carbon-free country in the world by 2050. As someone studying environment and development, this was exactly what I was looking for because I got to learn first-hand how these innovative policies were implemented, the challenges that were faced, and how those challenges could be overcome. In fact, in almost every field visit that I went to, I would find myself thinking, “Wow, this could so easily be applied in Indonesia too”.

Spanish is probably one of the most foreign of foreign languages for many Indonesians. There are a couple of courses that offer basic Spanish in Jakarta, but if you’re looking to go beyond that and truly master the language, nothing beats living in a Spanish-speaking country like Costa Rica. And once you’ve learned it, you’ll be amazed by how incredibly useful it is, especially if you’re thinking of pursuing a career in the foreign ministry or the UN system and want to have a competitive advantage over other candidates, or want to travel or work in Spain or Latin America with ease.

Perhaps the most exciting part of studying abroad in Latin America is the fact that you can travel to so many unique countries. Not many Indonesians can say they’ve petted a llama at the ancient ruins of Machu Picchu in Peru or climbed the 248 steps of the Pyramid of the Sun in Mexico or gone 180m underground to the Salt Cathedral in Colombia. Because Latin America is so expensive to travel to from Indonesia, these are the kind things you could only experience by living in the region and UPEACE’s relaxed schedule allows for a lot of travel opportunities between courses.

Yes, you read correctly, my 10-month master’s degree in a far-flung country was completely free. This is thanks to a program called the Asian Peacebuilders Scholarship (APS), which you can read more about here. This scholarship covers everything from tuition, airfare, medical insurance, visa processing, and a pretty decent living stipend which if you manage wisely can be enough for several trips to other countries.

As the famous saying goes, “the world is a book and those who don’t travel only read one page”. Well, I’d like to expand on this and say that those who only travel to certain continents are missing entire chapters of adventure, knowledge, and once-in-a-lifetime experiences. So, don’t be afraid of pursuing a master’s in an unconventional country, because: ¡sí se puede! (yes you can!). 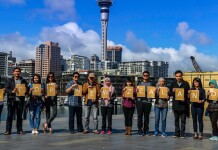 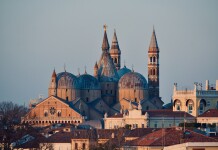 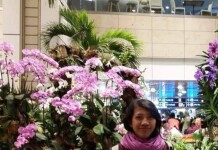