Known as the “gateway to the West,” Winnipeg is also the capital city of the province of Manitoba, Canada. Being very far north of the equator, Winnipeg is known to be very cold, yet that didn’t stop Avi Amerta from pursuing her education there. Read more to get a taste of what it’s like to live in Winnipeg.


Long story short, I was few months in my senior year when decided that I would not do the Ujian Akhir Nasional so I can do the University Transfer Program instead at the International College of Manitoba (ICM) in Winnipeg, Canada. That decision was made because the program would’ve allowed me to essentially complete year 12 courses, while taking first year university courses. Not only designed for international students to adjust with Canadian university system, the University Transfer Program at ICM also designed various student life activities to help students immerse in the local culture and happenings, and get the best out of their experience studying in Canada. The program runs for 6-12 months, so by taking the University Transfer Program instead of waiting to for Ujian Akhir Nasional, I saved up time to adjust to the Canadian education system. This became the best option for me as by the time I started high school, I had already started thinking that I wanted to find a way to go do my undergraduate studies abroad.

After I completed the University Transfer Program at ICM, I then proceeded to the second year of university at the University of Manitoba’s Faculty of Arts. Funny story, when I entered university, I initially wanted to study Global Political Economy (GPE) — a multidisciplinary program that integrates Sociology, Economics, Political Studies, Anthropology and History, which I did for the first 3 years of my 4 years studies actually. However, in my last year I had to quickly decide to change my major to just Political Studies with minor in Sociology as one of the required class for GPE would not be offered until the next academic year, which would result in my graduation being postponed another year, and having to extend my visa just to wait on one course. To be frank with you, changing my major does not affect anything other than degree title. As long as you’ve set a clear goal for yourself, there will always a way to get to where you want to be, really.

Before coming to Winnipeg, I know almost nothing about Canada. I knew that it snows up there, Canadians play hockey and Canucks is a famous team, Quebec speaks French, and that Justin Bieber is from Ontario — but that’s about it.

I landed in Winnipeg on the evening of December 31st 2011; it was snowing and very dark. It was New Year’s Eve, but the festivities felt different than it would have back in Jakarta. At the time, I thought to myself “Wow, I must’ve made the wrong decision coming here!”. The next few months being in Winnipeg, I was still mostly confused by the weather because it was that cold. But over time, I managed to make peace with it. Although it can get down to -30C in January, it’s actually quite okay because all indoor areas, even most bus stops, are equipped with heaters, and University of Manitoba buildings are interconnected with tunnels so most of the day, there’s no need to go experience the wind chills.

But, how did I really survived the cold days of Winnipeg, you ask? Two things: the presence of really good friends, and a positive attitude. For me personally, coming from a big city like Jakarta to Winnipeg was quite a shock in SO MANY DIFFERENT WAYS. From the weather to the surroundings of the city, I didn’t know how to enjoy Winnipeg the way I would’ve enjoyed being in the Jakarta. But I’m really glad I had met such awesome friends from Indonesia and from all around the world that kept me company and helped me see the positive outlook of things. The fact that Canada is so rich in culture allowed me to learn and practice tolerance and kindness, as well as experience culture from countries I’ve never imagined before. In a way, that kind of created a new culture for my friends and I, where we would regularly host casual cross-cultural gathering, cooking and sharing food and tradition from our home countries.

Compared to other big cities in Canada such as Toronto or Vancouver perhaps, Winnipeg is not as metropolitan, but it is a humbling city where different cultures is celebrated. It’s a city full of art with its museums and history, music festivals, and culinary. I especially loved the time around May where the city celebrates its architecture and history during the Doors Open Day — offering you the chance to have a deeper look of the city’s most distinct spaces (and for free!). Around September, Winnipeg also hosts Nuit Blanche Winnipeg where you can explore and experience contemporary art around the city from dusk until dawn. But if you’re more of a nature person, Manitoba as a province itself has also got plenty of lakes you can explore and camp at during the summer.

Winnipeg is a city full of possibilities, and while it’s cold, the best way to keep yourself warm up there is to learn to get out of your comfort zone and keep your options open. At first, I didn’t enjoy so much of Winnipeg. But I tried to find out more about the beautiful city I lived in, learning its culture and history, sharing experiences with friends from all over the world, and at the end many of the most beautiful memories in my life thus far is from my time in Winnipeg. For me, the key is to always try to live by the words of Elsa from Disney’s Frozen, “..the cold doesn’t bother me anyway!”

Photos were provided by Avi Amerta. 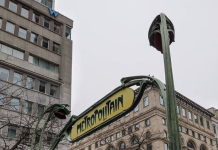 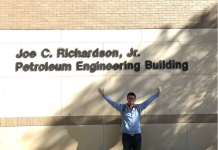 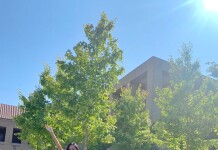 Resilience and Working At One’s Own Pace: Nadira Sjarif’s Story