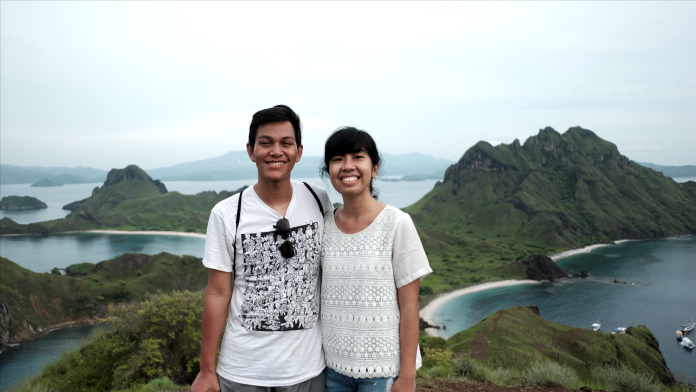 Many of us were conditioned to believe that ‘contributing to Indonesia’ can only be done from within the motherland. If we pursue education abroad, then upon graduation we must hurry home, and contribute to the country by working for the government. However, with the advent of various content and media sharing services such as Instagram, Twitter, YouTube, and WordPress, creation, innovation, and contribution to Indonesia these days can come in various forms. For example, as an Indonesian student abroad, you can make a difference by educating your non-Indonesian peers about Indonesia through formal class debates, informal conversations, and publishing various blog posts or op-eds online. As an Indonesian scholar, you can also contribute by progressing studies in your field and raising the profile of Indonesia in the field.

Another example is Frame & Sentences (F&S), a YouTube channel whose goal is to serve as a platform for Indonesians, whether local or abroad, to discuss various issues. Their topics of discussion range from more serious ones such as Anies Baswedan’s controversial speech to more light-hearted rants related to how Indonesian men feel when their wives have a more formal education. F&S was set up by Andhyta Firselly Utami (Afu) and Sandhyakala Wikan Anantabrata (Wikan), a husband and wife team from Indonesia. Wikan works as a video editor, while Afu recently graduated with a Masters in Public Policy from the Harvard Kennedy School. 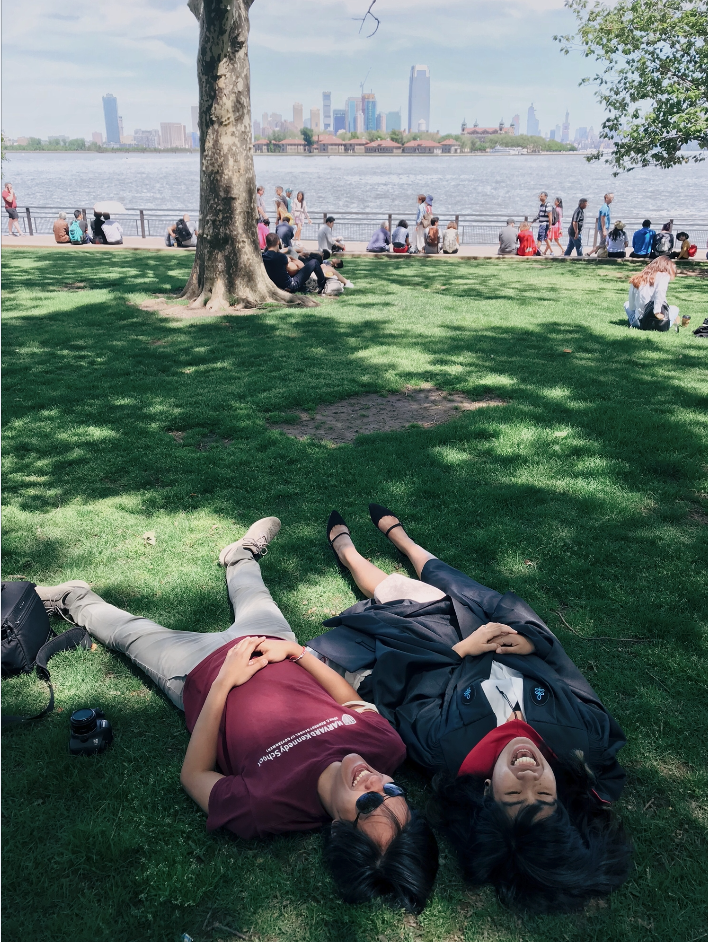 According to the pair, F&S initially started out with rants. Although they were living abroad, a part of them was still rooted in what’s going on at home. “Summer 2017, we were in Germany, but we had lived away from home for almost a year by then. Throughout our time away, we observed Indonesia really closely from social media, read many people’s rants about all these things that were going on. There was the Ahok (former Jakarta Governor Basuki Tjahaja Purnama’s more informal name) case the year before, and there were some sentiments about the far-right media movements that were occurring.”

Bottomline, they were frustrated about some things that were happening back home but felt that the only thing they could do was rant on social media. That, combined with Wikan’s existing skill set in videography and Afu’s prolific writing experiences, led to the birth of F&S. Afu had already dabbled in writing op-eds but found that there wasn’t much of an audience there. “Millennials watch YouTube videos all the time, so maybe it’s a good new medium to do that,” said Afu. The fact that they had the perspective of observers from a balcony also helped them to be more objective and delve deeper into the issue rather than get too absorbed in the heat of it.

When asked if living abroad for the past two years has changed their views at all, Wikan said that being surrounded by very smart people has improved his maturity of thought. “Meskipun bisa berkreasi di Indonesia, kayaknya nggak bakal setajam atau sekritis ini,” (“Even though I can still channel my creativity in Indonesia, I don’t think I would be as sharp or critical as this,”) Wikan explained. Furthermore, the concepts Afu learned through her studies at Harvard were very applicable to the videos. “What we are giving is the framework for what [the audience] already knows,” said Afu.

“[A lot of people add really long comments on our Youtube videos], and it’s both sides of the discussion!” For Wikan and Afu, this shows that they have been able to provide a platform for people to discuss issues that matter. What matters to them is not the number of subscribers, but that they have successfully prepared a platform for people to engage in discussions.

In discussing controversial topics, they also find it important to respect all sides. “Kita ngasih framework, nggak minta orang setuju dengan apa yang kita pikirkan, dan kita berusaha untuk tidak menjatuhkan perspektif lain,” (“We give them the framework without expecting people to agree with what we think, and we try to not attack the perspectives and opinions of others,”) said Wikan.

When asked what they want their audience to take away from the videos, Wikan used the analogy of snowballs. “Kita bukan orang yang ngedorong snowball nya, tapi kita factory yang bikin snowball nya. Kita kasih snowball nya ke mereka, dan terserah mereka mau dorong snowball nya atau gak. Setidaknya mereka tau ada snowball nya yang bisa mereka dorong.” (“We’re not the ones who push the snowball, but we’re the factory making the snowballs. We give the people the snowball, and it’s up to them whether or not they want to push the snowball. At least they know that there is a snowball that they can push.”) Again, they emphasized that the snowballs they create are based on critical thinking and open-mindedness. They are careful not to impose their liberal views and strive to help people have more mature and informed decisions about the issues. “Haha, Wikan is an analogy guy!” Afu quipped.

After working on F&S for almost a year, the biggest takeaway for Afu is realizing that knowing per se is not enough. “A lot of smart people can say or do something that ends up worsening the situation, so take time to actually understand what’s happening,” explained Afu.

Although Wikan finds that working together with his wife is harder than he thought, he praised their collaboration for helping to push his creative boundaries. “But it might ruin the marriage!” Afu jokes.

As technology continues to evolve, we must adapt and learn to be creative in understanding what it really means to contribute to Indonesia. Take Afu and Wikan, for example. Living halfway across the globe didn’t stop them from doing something they’re passionate about—in fact, it fueled their passion and love for Indonesia even more. All in all, be creative and realize that berkarya and contributing to Indonesia can happen anywhere, as long as you put your mind and heart into it! 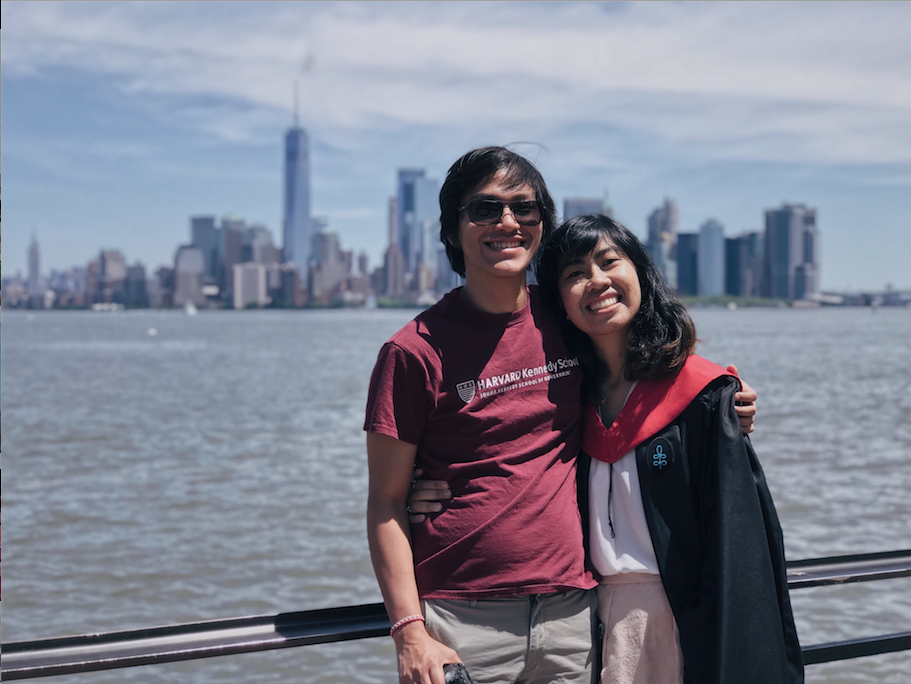 This article was written by Indira Pranabudi and edited by Azira Tamzil. Featured in this article are Afu & Wikan. In their own words:

Afu & Wikan are the co-creators behind Frame & Sentences video essays based in Cambridge, USA. Afu recently graduated with a public policy degree from Harvard University and Wikan has just started his aerial cinematography company, 400 Kaki. They’re married and their video essays marry Afu’s passion about policy and social issues with Wikan’s eye for filmmaking and story telling. Through discussing critical topics such as the importance of history or society’s (wrong) perception of marriage, they intend to provide the space for fresh perspectives and push Indonesia forward as a more open-minded society. It’s still a long way to go, but they’ll keep trying.

*All photos were provided by Afu & Wikan. 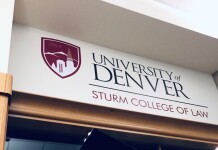