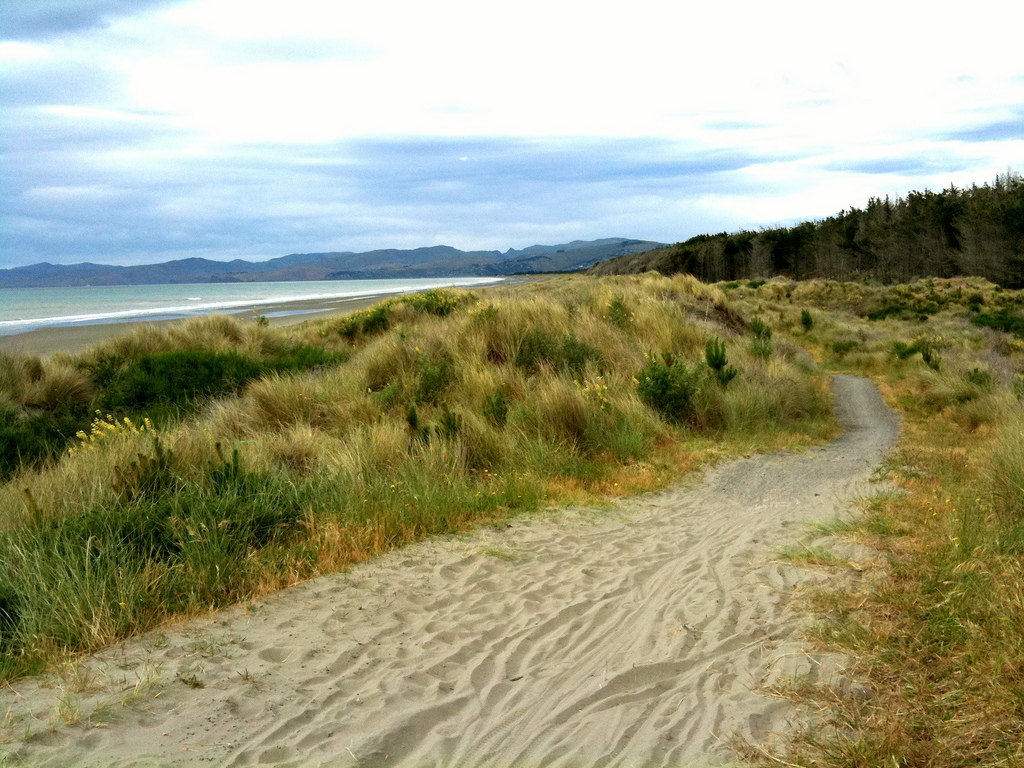 The acceptance letter arrived late in my inbox. The Auckland University of Technology, now known as AUT University, apologized for any inconvenience caused. That did nothing to calm my nerves. While I was happy to be accepted into my first choice of uni, orientation was only a few days away and every flight was fully booked.

When I finally arrived in Auckland, New Zealand, it was two days before the start of the semester. I had missed orientation. I didn’t know which classes I’d be in (as a first year, I wasn’t allowed to schedule my own classes). I didn’t even know where my university was. My perfectionist self was in full-on panic mode.

Then, my uncle introduced me to a guy whom he said was an AUT graduate. He showed me around campus and explained where I should go first thing Monday morning to get my schedule and agenda. I was thankful and relieved, but then Monday came and I found out that everything I was told was not only wrong, it was misleading. It turned out, that guy was never an AUT student. I couldn’t believe it. Two days in Auckland and I already experienced my first scam.

Needless to say, I got lost a lot on my first day. My classes were spread out in four different buildings, with only a short interval in between. I had to, literally, run for my life each time.

My first class was a lecture in AUT’s biggest lecture room. While waiting, everyone was chatting, joking, laughing. Some of them knew each other from high school. Others were teamed up during orientation and became friends. I had always been shy and quiet, so it was hard for me to approach them and introduce myself. I stayed alone.

My first week as a university student wasn’t that great, but as time passed I began to enjoy my time at AUT. I experienced a lot of interesting things. Here is a little story of my life as a student at AUT University.

Every student was allowed to take a maximum of five subjects per semester. I took four. Every subject had two scheduled classes per week, a lecture and a tutorial. A lecture lasted an hour and was pure theory, while tutorial lasted two hours and could include anything from practical lessons to excursions or group discussions. Attendance for tutorials was compulsory, contributing to our overall grade.

During high school, a teacher would call out a student’s name to answer a question. In here, everyone seemed like they were in competition whenever a question was asked. Hands shot up immediately. Answers were challenged. Me, who was naturally quiet and were not used to being so forward in class, did not participate as much as my professor hoped I would. I struggled with that for the first few weeks. Fortunately, my confidence grew and before long I was shouting out answers, too.

Besides attending regular classes, we were also expected to keep up with the weekly reading materials. Those were not articles. They were books. Hundreds and hundreds of pages. I drove myself to a chronic headache at the start, because I was attempting to read everything. But as weeks gone by, I knew to study only the ones I wanted to use for my assignment and those that would be featured on the exams. Life got much easier after that.

To my utter delight, my assignments were composed of mainly essays and an addition of one group project per semester. The word count for the essays started at 1,000 (including references) in my first year to 3,000 (without references) in my final year. It was hard, but writing was always my passion, so I enjoyed doing it.

Writing the essay was not the hardest part. Preparing for it was the real battle. I couldn’t find enough references for my first assignment, because all the best books had been borrowed by my peers. The librarian told me they came as early as the first week of uni. I learned my lesson. For my subsequent assignments, I chose my topic early and secured the books.

Exams was also composed of essay only questions. We had two hours to complete it. There was no word count, but we knew to write our answers in more than two pages.

I had an unique experience while sitting for an exam. They had caught a long-haired girl cheating the day before, so the professors were being extra careful with us that had a similar hairstyle. She had evidently hidden answers in her hair, so I had to endure a professor ruffling and searching my super long hair until she was satisfied that no cheats were hidden under there. I didn’t bring a brush, so I had to sit all my exams with messy hair that day.

I spent three years as a student at AUT University. Those years were both pleasant and challenging. I made new friends. I learned many valuable lessons. I became more independent. I experienced new and interesting things.

These are my unforgettable memories, treasures from my past, a slice of my youth that has helped shaped my future and where I am right now.