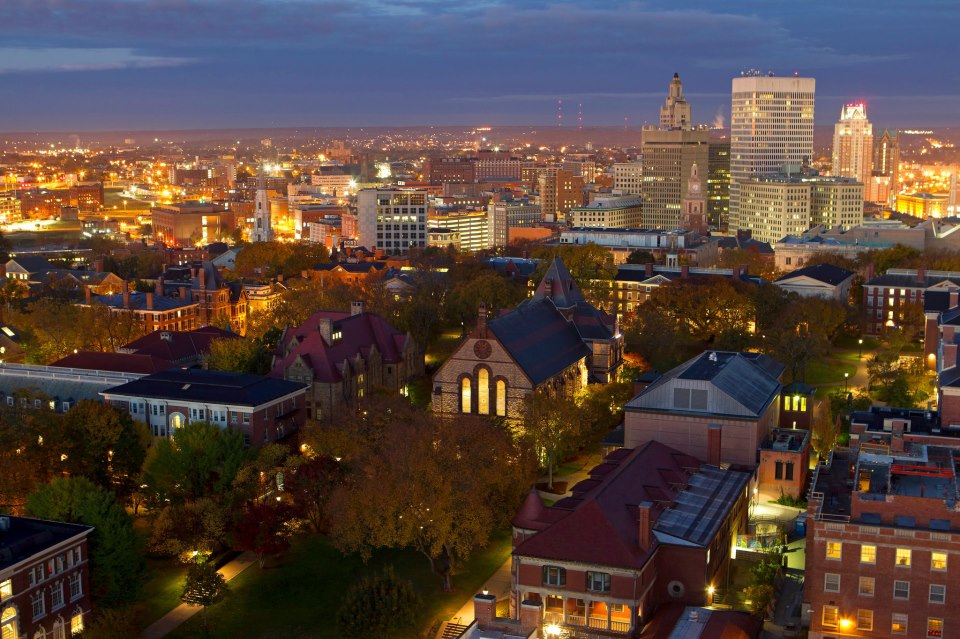 On 5 AM March 29, 2013, my eyes were fixated on my phone screen. That day, the Ivies were releasing their admission decision to thousands of anxious applicants – including me. Fortunately, I was among those who got accepted to Brown University Class of 2017! In this article, I am going to share my Brown admission experience and I hope this will help some of you who would also to apply there (or any other colleges!)

As an international student, I think that choosing a college can be really tricky. Living 20-hour flight away means that it was not possible for me to easily do a college visit. Sure, you can simply look at the US News College Rankings and apply to those ranked first until say… tenth if you want to, but I do personally believe that fit is more important than ranking. The last thing you want is to spend four miserable years of college in a foreign country where you are pretty much on your own!

The funny thing is, Brown wasn’t even on my college lists by the time I started my Common Application. Even worse, I knew Brown not because of its academic-related stuff, but because of… Emma Watson (before you think I’m a crazy obsessed stalker, I’d like to note that I did not apply there because of her!). The main appeal of Brown to me is its amazing Open Curriculum, which basically means that Brown has no core curriculum at all. Most colleges in the United States have some compulsory subjects which aren’t related to your study area – for example, you will still need to take humanities classes even if you are a science major. Other colleges have their own strict core curriculums (like Columbia and University of Chicago), witheven more specific guidelines about the classes that you have to take. On the other hand, at Brown you are free to take any classes as long as you fulfil the major requirements. In addition, Open Curriculummakes it easier for me to take a double major, which is something that I always want to do. I want to do both Geophysics and English (which are two completely different fields of study), and the Open Curriculum will make my workload more manageable to do so.

Brown was also the college with happiest students in 2007, 2010, and 2011, and currently places third… which sounds like a really fun place to be!

Brown uses the Common Application and you need to also fill out the Brown Supplement. I won’t say much about the Common Application, since there are loads of information you can easily get from the internet that will guide you, includingarticles from Indonesia Mengglobal. I’d like to only share two things you should be aware of while completing the application.

First, you will see the activities section on the application which allows you to list up to ten activities you have been involved in during high school. Don’t panic if you can’t fill them all! It’s better to leave some of them blank rather than throwing in loads of meaningless activities. Colleges appreciate the quality of your activities rather than the quantity. From what I’ve seen on the internet, colleges want someone who is passionate about what he or she is doing, not someone who wants to get involved in everything just to fill up his or her resume.

Secondly, this may sound trivial, but pay attention to the spelling and grammar of every single thing you’ve written on the application. I don’t know but I just feel that the college admissions officers would know that you really do pay extra attention to your application and make it the best that you can before submitting them.

In addition to one Common Application essay and one Common Application short answer, you are required to submit one more essay and a couple of short answer prompts from the Brown Supplement. The key here is to write about something unique that have not yet been showcased anywhere else on your application. The admission officers will read a lot of applications, so you really want them to remember you. It will be good to stay away from obvious topics that thousands of other high school seniors write about, like the ones stated here (unless you can write really well and give a little twist here and there to make your essay unique!). Another advice is to not restate your accomplishments in form of an essay. There are plenty of other space you can use, such as the accomplishments and activities sections, and you can even upload a resume that will cover all of them. Instead, you should write about how your talents and interests make you who you are today, not what you achieve.

As for the Common Application’s short answer that asked me to elaborate one of the activities I was involved in, I chose to write about my involvement in the school green organization, “Dr. Green”. Basically the essay was filled with several sentences that follow the same format. I started the paragraph with a question: why did I choose to get involved? And then the following sentences start with “I chose to get involved because…” And wrote all the simple things like I don’t mind getting up super early during weekends and holidays to attend the group meeting. I thought that all those tiny details speak more than just listing awards and achievements because they really show how passionate you are.But of course, you are free to find other approaches to complete the prompt your way!

The Brown supplement essay asked about my interests and what I have done to develop those interests. I wrote about my fascination with geology and physics (since I am planning to study geophysics). Again, I chucked in some quirks about me like how as a child I tried to keep a snail and spent hours at library to find a book about how to pet them properly. I did not write any super-impressive things like attending college-level geology course, or a geology olympiad – in contrast, I even stated my lack of knowledge in geology since I no longer study geography after tenth grade (I am an IPA student). I wrote how I learned a lot about Earth (in a fun way)  through National Geographic. The key is to show your effort to learn more about the subjects you are interested in, don’t worry if you don’t have any major accomplishments!

Then, for the short answers prompt, just be yourself. The admission officers want to know more about you and personality. For example, there is a question asking what you would do if you had no risk of failing. Don’t be pressured to come up with an extremely noble idea like finding the cure for cancer if it is not your real answer. For this prompt, I answered : practicing all the life survival tips I have learnt through the movie Cast Away (for those who don’t know, you really should watch it, so good!)

Before submitting the application, make sure you have proofread all the essays and short answers… But in the end it’s really up to you though. As for myself, I did not proofread all of them (including the Common Application ones) since I procrastinated A LOT that I completed the application just hours before the deadline with not enough time to get my writings checked. Personally, I strongly do not recommend that, it is better to proofread your essays since they are the ones that will be able to make you stand out from thousands of other applicants. Make sure that you do the best that you can!

Brown states that they will provide the interview chance for all applicants. Through email, I was notified that I cannot be interviewed directly or via phone, because of the limited number of interviewers. I was to be interviewed via email.

The interviewer attached a file with three questions on it and I answered them and sent the file back before the deadline (which is about two weeks after the interviewer sent his or her first email offering an interview). Basically, it was like writing another essay, only a more informal one. You can reject the offer, but it is strongly not advisable, of course. The interview is the chance for you to provide the university with more information other than those stated on your application, so I did not restate the topics I’ve written for my short answers and essays.

I took SAT I twice, two SAT II (Math level 2 and physics) once, and TOEFL once. In my opinion, international students — including me — have more hard time preparing for the SAT I compared to the SAT II tests and TOEFL. As for TOEFL, I took a Kaplan prep course to familiarize myself with the questions tested and practiced from the book on my own. I got a pretty good score so I guess the key here is to practice a lot because basically all the questions arein the same format. On the other hand, I did not take any SAT II prep course and just practiced on my own. I used Barron’s book for Math (although the book might overprep you, since the questions are much harder than the actual test!), and Kaplan and Sparknotes for physics. The materials tested have already been covered at high school so as long as you spend a lot of time reviewing and practicing, you should be fine.

I did not attend an international school and I did not use English daily, so SAT I was a challenge. It contains vocabs you’ve never heard before – which could be overwhelming. I memorized a lot of vocabs, probably around 300ish? For the SAT I, I used the blue official College Board guide book that comes with ten practice tests. I also did tons of practice tests from Barron’s and the internet which really helped me to go through the questions much quicker. I personally think that the key to ace the SAT is to do more and more practice tests and memorize the vocabs. You won’t really have any problem with the math sections, so spend waaay more time on the critical reading (the hardest sections of the test for me) and writing ones!

In the end, just be yourself. I did and it served me well. Good luck for your application, and feel free to contact me if you have any questions