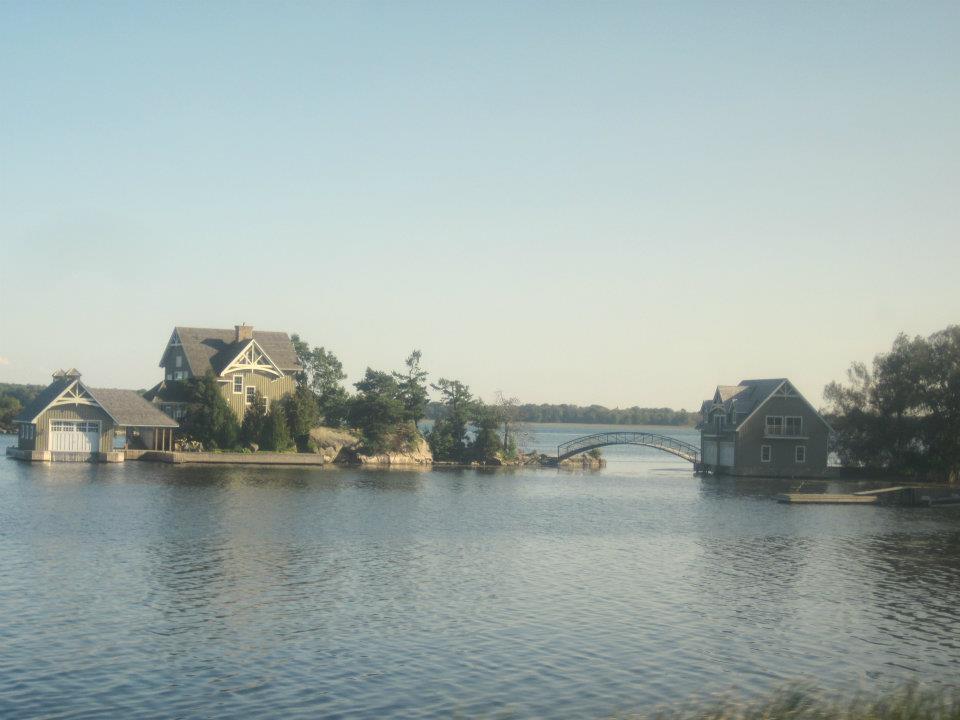 During my third year in National University of Singapore, I did an exchange program to University of Waterloo, Canada, in Fall Semester 2011. Why Canada? I actually did not particularly care whether to go to US, UK, Canada or Australia, because, well, they are all English speaking countries with generally white people. But, apparently, they are not as similar as I thought – Canadians are often angry when likened to Americans. These are some things I learned during my exchange program in University of Waterloo.

Canada, the world’s second-largest country by total area, actually only has around 30 million people. So the houses are big, distances are far (especially in small cities). In terms of safety and sanitary, Canada resembles Singapore and is generally leagues ahead of Jakarta. The weather can be extreme – it can reach -20 in the winter, and the coldest place in USA has similar weather with the hottest place in Canada. While British Columbia (e.g. Vancouver), Ontario (e.g. Toronto), and Quebec (e.g. Montreal and Ottawa) are populous, the rest of the country is rather quiet.

Canadians are generally soft-spoken, polite and gentlemanly. Guys hold doors opened for girls and people speak in 0.6x the speed of Singlish (Singapore version of English). Bus drivers in Chicago when I was there seem more harsh than fighting Canadians. On the other hand, Canadians seem less fashionable than Americans. The good thing is that, they are not very particular with your fashion sense. Another character which distinguished Canadians from others are their high awareness of environmental issues. For example, in their daily lives, Canadians separate their rubbish bins into three or more containers based on recycling type. Interestingly, “going green” issue has reached governmental level, shown by Ontario’s Green party.

Demographically, although most people are whites, it’s rare to find college students whose grandparents are born in Canada. There are a lot of Asians in cities like Vancouver and Toronto, as well as ‘geeky’ colleges. Canadians I met are very open and tolerant to other cultures, as signified by the many ethnic / international food stalls, which leads us to the next topic.

In Canada, it’s easy to find Asian food. Halal food is also everywhere, because there are many immigrants from Turkey and its surrounding areas. However, the price of entree food (or, as Canadians say, ‘hot food’) is really expensive. Maybe that’s because service-related jobs are really well-paid (dog-walking for half an hour pays CAD 10, housemaid is CAD 25 per hour), so the difference between hot food and cold / uncooked food is stark. A lot of people here just eat hot food once a day, during dinner. In Waterloo, the canteen is really small, with simple menu, while there are a lot of microwaves around. Hence, every lunchtime, students will line up to use the microwave to heat up their sandwiches.

For those who can’t cook, there are some options (other than to learn to cook). First, stay in a homestay that provides food. I stayed in a retiree’s house, got food three times a day: western breakfast (pancake, waffle, bread, yogurt, juice), sandwich for lunch, and hot food for dinner. Note that not all families are willing to cook, so some people buy microwavable junk food every day. Another option is to share meals with friends who can cook. This option can save you a lot of money as raw meat price is not that high compare to the cooked one. I don’t recommend signing up for campus catering because it’s expensive, while not tasty enough for Indonesian tounge.

An interesting and important point on food: Canadians really care about sanitary to the point that some have food ‘phobias’. For example, phobia of MSG, GMO (genetically modified organism), and non-organic food. In addition, some people have chronic alergy: in public places, there are often logos of crossed peanuts, because some people will die upon detecting the smell of peanuts. In ‘peanut friendly’ area, bringing food produced at factories that also produce peanuts is forbidden. The moral of the story: be careful in bringing Indonesian food as souvenirs, since Canadians might not be able to eat them.

I opted to stay in a homestay with a quite strict family – bringing guys / alcohol / drugs home is strictly prohibited, prayer before eating is encouraged, and we are required to report if we are planning to come home late. As retirees whose kids are all married, my host has a lot of empty rooms. Here, a lot of rooms inside the houses don’t have keys – so choose good and trustworthy hostparents!

Walmart is everywhere, and in big cities there are a lot of Asian shops (important: there’s a market network called IndoMart, which sells sambel cap jempol too – my best friend to face tasteless Western food!). The malls here are small; in my city there is only one mall, which only has one floor. The big mall in Toronto, Eaton center, also only has three floors and can’t hold a candle to, say, Grand Indonesia. The shops here close early, although not as early as in Europe or Australia. A good alternative for shopping is factory outlet. Different from Bandung’s factory outlets though – here the outlets are quite similar to malls. There are a bunch of shops for branded stuff, with a much cheaper price. Note that USA’s factory outlets are way cheaper than in Canada.

In Canada, there are a lot of places with gorgeous, unexploited panoramic views. If you have time, explore the natural parks, especially in the summer (when the weather is nice), or fall (when the leaves are four-colored). Famous tourism places include Niagara Falls, but there are a lot of tourists and the area is really.. commercial. For those of you who are more nature-holic, you should visit places like Algonquin Park which are not that famous but still very naturally pretty.

Other choices are nice cities in the Quebec region. Note that many Quebec people have French as their first language. I went to Montreal, Quebec and Ottawa City with the “French Kiss” program from the ISX tour (http://www.isx.ca/), which is very cheap, but highly recommended. While the site mentions that this is a student tour, but there are a lot of Latinos and Japanese there from English immersion schools (with not-so-good English), so if you want to come with this group, I recommend you to bring a friend along to chat through the experience.

If you want to travel without tours, you can also find cheap buses to big cities in USA. Last year, I used Megabus from Toronto to Washington DC with just $20. This bus is so far the cheapest (at least in 2011), but you have to book it far in advance because the price increases so fast. An alternative is to use Greyhound: a more stable price, but not as cheap as Megabus. Don’t bring luggages if you go by bus! So far, I’ve always seen people lost their luggages in these buses (me included). Note that bus tickets are not proportional to the distance. Travel from big cities to big cities is typically cheaper, although distance-wise those cities might be far. Travel from small city to big cities is more expensive.

For transportation within the city, Waterloo has a program where students can ride buses for free. Buses in Waterloo come once every 15 – 45 minutes. While my house is only 10 minutes away by car from the school, the bus schedule and route are unfriendly. In some other cities, it can be worse. For example, my friend who is studying at Oakville needs to pay CAD 3.00 for every bus ride regardless of the distance. Moral of the story: find a place with good bus routes.

Living in a homestay allows me to save money in day-to-day costs like clothes hangers, blankets, and kitchen appliances. Transportation for me is also free. Homestay cost is around CAD 800 / month, which is quite worth it considering that I got food three times a day and often pastries. Because my family is health-conscious, they cook from scratch – even burgers are made from scratch. So, my food has no MSG, no GMO, and organic. As a result, I lost 5 kg while still healthy and warm. Interestingly, here sushi buffet can be as cheap as CAD 14, rice + 3 entrees in canteens can be CAD 8 – 9, and burgers with fries in a restaurant can be CAD 15. Some family owned Asian restaurants can be relatively cheap. My favorite restaurant in Toronto, which serves the best ramen I’ve ever got (including the ones I ate in Japan!) only costs CAD 6 – 8. For tourist attractions, don’t forget to check the brochure rack, since sometimes there will be small cards that give big discounts for a lot of things, including restaurants.

The rest of the costs is for travelling. Every two weeks here I spent CAD 200 – 400 for weekend travelling / hanging out. So the minimum living costs here is CAD 1000 / month (with the assumption of homestay CAD 800 + CAD 200 for hanging out / travelling). This cost can be pushed even further if you want to cook yourself, rent a shared room, and reduce meeting and hanging out with people.

OK, I think that’s it for now! I hope it’s helpful to those who are considering to move or to do an exchange program to Canada.