Being a woman, Monica Gabriela has had to deal with rude and unwanted comments from people who underestimate her ability to perform her job. She was no stranger to belittling remarks and yet she persisted during her time in ITB as a petroleum engineer student and also throughout her professional career. Read on to see Monica’s story of how, despite many social barriers and other obstacles, women can still shine and prove they are capable of achieving what they set their hearts to.

“Going to business school and engineering school in the US? …Ahh I got it! You want to find a husband there, don’t you?! Nice plan, good luck!”

That was the majority of responses I got when telling people that I was going to move to the US and study business and environmental engineering at MIT. Guess who is not looking for a husband there?! Me. Do I get that response because I am a female? I think so. Will people react differently if a male was saying that? Pretty sure yes.

Probably some of you think that it is bad and unacceptable. Probably even some of you will feel offended? Unfortunately, for me, it is only one of the most subtle gender stereotyping or issues that I have ever experienced. And sadly, at that time, I was so used to it, that I think that it is okay, it is normal. If you do not want to read further, I just want you to at least take away one thing by managing to get to this paragraph: it is NOT fine, it is discriminatory.

Apparently, my first exposure to gender discriminatory was literally in 1994, right after I was born and was getting registered to the country. My name is Monica Gabriela. Yes, only two words, and no family name from my dad. My mom wanted to put my family name, Irawan, as my last name, but apparently the government representative did not allow it. “She will eventually get married and take her husband’s last name anyway”, they said.

I am a super lucky girl, though. I was born into a loving family of engineers (initially only my parents, but now my brother and I are also engineers!). My parents are my forever role models. They prioritize education over anything, and never treat me differently than my brother just because I am a girl. My family is my safe haven!

But eventually, I needed to step out to the outside world.

And the moment I did, my whole life changed.

I still remember all the sexual harassment I experienced, starting as young as when I was barely 12 years old, even until I was working in BCG and now in the US. I never knew that my gender will be the reason why I got into unpleasant instances, and as probably some of you think: it is not fair.

Honestly, the side effects of the harassment did not really occur when I was still in school – I was in a majority-girl school, Santa Ursula BSD (girls rule!). However, when we were about to go into university, and when my friends noticed that I was applying to ITB’s petroleum engineering major, they were concerned. They said that it was a “male” major, that I will be the minority there and would not be heard. I was confused, frankly, because my mom is a petroleum engineer! So, naturally, I just brushed them off and went to Bandung.

Lo and behold, my first day of class is still living in my memory vividly. I went to the room, and from the door I could see that the room was full… of boys. And suddenly, I was reliving all the harassment I experienced and I got my first panic attack then and there, not knowing that it was a panic attack, though. I could not step into the classroom, and needed to wait for my female friend to get into the room together. Never would I ever thought that this would happen. I struggled for a bit to get used to this, and luckily, I managed to overcome this fear, of course with the help of friends, professionals, and some medications.

Another hurdle emerged when I got into my job as a consultant in BCG. For some reason, I was almost always deployed to technical projects, in which the majority of the team, and also the client, is male-gendered. This was probably one of the toughest times for me being a female. It was not uncommon that male clients would hit on me and specifically ask my male peers to bring me to a meeting I was not supposed to be a part of. “Just need an eye-candy”. Sad. Some guys also had the nerve to tell me to put on more makeup or “wear cuter clothes” if I want to get data from them to do my analysis. I needed to work multiple times harder than my male colleagues, to get the same credibility and to be taken as seriously as them. It was stressful. One of the worst things that happened to me was when a client inappropriately caressed my hand (I got out of the project quickly after that). Also, thankfully, BCG was really strict on that and they acted quickly after I reported some incidents.

I initially thought it only happened in Indonesia. I was wrong. Even when I led a project in Germany, I experienced gender discrimination. Not as severe as the sexual harassment, luckily. People often thought I was the secretary or the note taker, while in reality I was the one driving the meeting, discussion, and workshop for their company. Again, I needed to work much harder than my male peers to put me in the same position as them in my client’s eyes. But, hey, I managed to achieve that!

Since then, I started to believe that my gender will not be a limitation for me. I got into MIT, and in this bubble I thrived. I have led multiple team projects. I became a teaching assistant. I met some female mentors at MIT, and also at Amgen where I did my internship (and also where I am going to work after I graduate).

From my life experience, I conclude that as a female, even though there are more barriers to achieve what we want, WE CAN DO IT. There will be ups and downs, but trust me it will be worth the effort you put in. Do not let the tradition stigmatize you!

Some things that I learned 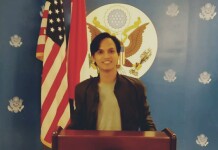 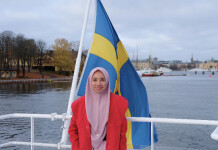 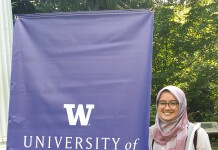