As an Indonesian living in the US, Nefertiti Karismaida, or Inef, sees the importance of learning and understanding Black History Month, which is observed in February every year. This event has been celebrated since 1970 and is intended to honor the contribution of Black Americans to the country. In this article, Inef shares her viewpoints on why and how the event holds significance in the long history of the country’s struggle against discrimination since its independence.

What comes to your mind first when you think of February? You probably are more familiar with Valentine’s Day, but did you know that this is not the only annual celebration during the shortest month of the year? Ever since 1926, this second month of the year has also marked the time people all over the United States (some parts of Canada and the Caribbean too) celebrating Black History Month to look back on the contributions African Americans have made towards building the USA into the nation we know today. The month is also an opportunity to commemorate the spirit of racial equality promoted by the leaders of Black American liberation movements. Numerous colleges and universities across the country have seasonal programs, activities, and events planned around honoring black American heritage and culture.

I first learned of this fact when I was still enrolled as an international undergraduate student at the University of North Carolina at Asheville. I remember initially asking myself: As an Indonesian, is this even relevant to me? But just like the saying goes, “when in Rome one should do as the Romans do”, should I make the effort to learn all I could about the place I had decided to study in? After all, it is true that I am a citizen of Indonesia, but I am also a part of a globalized society and to effectively participate in this wave of globalization I need to know about global affairs. Wasn’t that the reason I went abroad, to be exposed to a whole new world?

With the realization that it would be good to be well-versed in the U.S. sociopolitical and historical landscape, I spoke to the International Student Advisor of my college and asked which on-campus workshops and seminars I could attend throughout the month of February. He kindly recommended that I begin by checking the special courses offered by the department of Political Science and the department of Interdisciplinary Studies, both of which regularly hosted free movie screenings, discussions, speaker series, and public lectures focused on various topics of human interests.

I settled on signing up for an introductory class about the legacy of slavery and segregation, two themes that feature prominently the moment when one brings up Black History Month. In this class, I learned that from as early as the colonial period in the 1600s, before the USA’s founding as an independent nation, Africans had been enslaved by Europeans and brought to America’s shores to do the work of building new European colonies all across the continent. It wasn’t until the late 1800s, a hundred years after the US gained its independence, that the federal government finally moved to outlaw the institution of slavery, resulting in a bloody civil war as the Southern states refused to give up their slaves. Ultimately the Northern states won the war and slavery was outlawed across the nation, but it would still take many decades for Black Americans to gradually gain more equal rights under the law, culminating in the Civil Right Movement of the 1950s and 60s.

However, one message from my professor that stayed with me was his explanation that even in today’s seemingly increasingly diverse and tolerant society, decades after many laws explicitly treating Black Americans as second-class citizens were repealed, rampant discrimination on the basis of skin color unfortunately still exists. The 20th century Civil Rights Movement was just the beginning and not the end of Black Americans demanding to be respected and given spaces to thrive in all aspects of their lives. Today, the Black Lives Matter movement carries the torch forward in many ways, with renewed focus on racial injustices in the criminal justice system, which overwhelmingly targets, persecutes, and often brutalizes Black Americans, taken as easy targets for their historically disadvantaged economic status.

The more information I received about the struggles faced by Black Americans in their own homeland, the more I couldn’t help but draw a parallel between it and the sociopolitical climate in Indonesia. Sure, it is not an apples to apples comparison, but the similarity is there. Just like how the U.S.A is a melting pot of many different ethnicities and races, Indonesia is comprised of thousands of tribal groups and indigenous communities. Indonesia’s foundational philosophical theory, Pancasila, stated in its fifth and last sila that there has to be “social justice for the whole of the people of Indonesia” and in the second sila that Indonesians must uphold the value of “just and civilized humanity.” Those principles remind me of a comparable statement from the U.S. Declaration of Independence, “We hold these truths to be self-evident that all men are created equal.” This reflection made me question myself: I interact with people of diverse backgrounds every day, have I been able to truly see them as fellow human beings and treat them fairly or do I subconsciously hold some biases and prejudice? Have I been able to move away from judging people according to stereotypes? Have I been able to actively work to be an anti-racist?

Black History month exists as an opportunity for everyone to reflect on the progress that has been made, as well as the struggles still to be overcome. It also exists as an opportunity to celebrate the many contributions Black Americans have brought to American society throughout the centuries. Many public events, television broadcasts, and formal and informal acts of remembrance are held throughout the month celebrating Black American icons: from political and cultural figures such as Martin Luther King Jr. and Malcom X, both are the leaders of the Civil Rights Movement and national icons of the struggle for justice and equality, to classic writers such as Toni Morrison and James Baldwin, to talented and innovative musicians such as Aretha Franklin, Duke Ellington, and Louis Armstrong.
As an international student studying in the US, it is vital to understand the importance of Black history, and by extension, Black History Month, if one wishes to become fully immersed in American culture and its social climate. Black history is American history and the country would not exist as it is today without it. 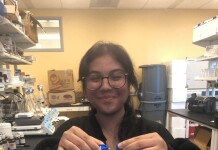 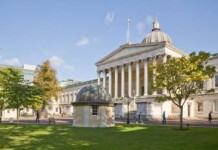 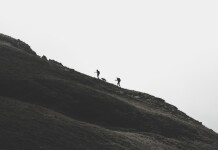