Grace Eugenia Sameve has lived in several different countries throughout her life and each country has given her valuable insights into the field of psychology, especially the psychology of children and adolescents. She started her education in University of Indonesia before moving to Australia to earn her Bachelor of Arts in Psychology in University of Queensland, Brisbane. Grace went on to attain two more degrees, one is Master of Arts in Developmental Psychology from Teachers College at Columbia University in New York and the other one is a professional Magister in clinical psychology from Universitas Tarumanegara. I had the honor of interviewing her about her educational journey, her advice on living in different countries, and most importantly her views and suggestions on how students of psychology in Indonesia and abroad can contribute to making sure everyone receives the mental health care they deserve.

On Loving Children Unconditionally
Asked about what motivated her to specialize in the psychology of children and adolescent in general, Grace answered that she has always loved children and it is her hope that she can help parents learn how to be consistent in raising their children as well as teaching children how to develop trust with their caregivers and family members. A child who does not trust his or her parents may find it difficult to grow up to be happy and independent later on. The difficulties would double if the children happen to have physical or mental disabilities too. When that becomes the case, Grace would refer her clients to seek early intervention and therapies.

On Taking Care of Children
Grace also said that her job is challenging but interesting because nowadays there are many types of family, not just a nuclear family with a mother, a father, and several children but also other varied family structures such as a divorced single mom or a single dad parenting the children on their own. Grace herself grew up with a single mother and that became one of the major reason she is pursuing the career she has today. Now that she has the right educational background and training to help children who need psychological assistance, Grace promised that no matter what kind of family a child has she wants to ensure every child that comes her way is properly loved and taken care of. “My job as a practitioner is very interesting and entertaining. I want to know how different people do different things in raising their kids”, she said before moving on to explaining how each of her alma mater has different approaches in preparing students to become future psychologists.

Education in Australia vs in the United States
Both University of Queensland and Columbia University have students who are passionate about what they are studying, Grace acknowledged. Both universities also put a lot of emphasis on research, case studies, and field observations. However, Australian classrooms are generally more suited to one-way interaction where students passively listen to lecturers while American classrooms are more suited to lively group discussions. There is no better or worse method of learning, each method can work depending on which one a student prefers.

Grace also thought that there are some differences in her social life in Brisbane compared to in New York. “When I was in Australia, most of the students in my dormitory came from smaller towns and coming to a big university was most likely their first taste of what it was like to interact with foreigners. In New York, however, people are more used to live with foreigners and this makes social life more colorful,” Grace admitted and then added that it was indeed a privilege to be able to go abroad. When one studies abroad, one gets the opportunity of a lifetime to see things from a new point of view, to learn and see things one has never experienced before, and ultimately bring those new perspectives home to contribute more to one’s homeland.

One of the new perspectives Grace developed during her studies in Australia and the United States were related to how parents in the West and in the East raised their children. In Grace’s opinion, Western-educated parents value independence and usually encourage their children to be brave in exploring the world around them. This freedom to explore is important because the more children are given the room for exploration the more their creative sides show. However, Grace said that parents need to be cautious about the amount of freedom they give children because no matter what children still need parental guidance. This is where the wisdom of Eastern parents becomes crucial—Eastern parents are usually stricter with their children. That is not necessarily a bad way of raising children, but parents also need to remember that children are smart and being strict for the sake of being strict rarely works if the children are never told the why and how behind their families’ strictness. A better way to balance the Western and Eastern parenting styles would be to open two-ways communication with their children so that the children understand the enforced guidelines, boundaries, and rules of what they can and can’t do.

There is No Shame in Seeking Counseling!
I closed the interview by asking Grace what can be done to improve the image of psychologists as a reputable profession in the eyes of the general public and how students of psychology can positively contribute to building a more positive image of clinician psychologists. Grace believes that the number one job of any psychologist is to “treat and mentor clients in a humane way”. This means that psychologists and students of psychology need to work on normalizing the act of seeking help and erasing the stigma against going to see a psychologist. Someone who needs mental health service is not crazy or dangerous, they simply need someone to be there for them and guide them toward better lives. This effort to normalize seeking help should also be accompanied by efforts to improve access to quality mental health care, starting with improving the availability and readiness of health insurance. “Mental health care is basic human rights and there should be no shame attached in taking care of your mental health”, Grace concluded. 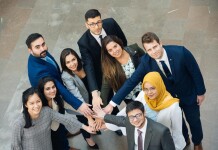 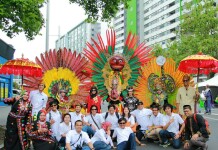 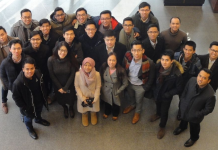