Time is the true currency of life, so they say. Especially in this day and age, where you might feel that you’re racing against the clock to accomplish all your heart desires — academic degrees included. So what if we said you could obtain a bachelor’s degree in just two year’s time? Contributor and UK alum Hisan A. M. is here to tell you all about it.

Yep, you heard that right. There is such thing as a two-year bachelor’s degree, and it is not from some random university with a questionable reputation and unaccredited status. I would know because I studied at one.

Where can you study?

I studied at the University of Buckingham (UB). It was founded in 1973 as the first and oldest private university in the UK. Margaret Thatcher, Britain’s former Education Secretary and Prime Minister, was highly involved in the creation of the university, and even served as its chancellor at one point. Although it shared name with the Buckingham Palace in London, UB is located in a small town called Buckingham, one-hour train ride from Central London.

Despite its private status (quite unusual in the UK), the university is reviewed by the Quality Assurance Agency for Higher Education (QAA) to ensure that it meets the quality standards of UK’s national higher education. The teaching standard is of high quality: UB received Gold (highest) rating for teaching excellence. It also routinely tops or inches the top of the National Student Survey (NSS) for student satisfaction. Notably, UB and its academic departments are placed highly in the general university and subject rankings for some courses.

I predict that there will be more universities offering accelerated undergraduate degrees as the UK’s House of Lords just approved plans to expand two-year degree courses in universities last year. In Australia, the Bond University was the first to offer fast-track degrees in 1987. It seems to be the Australian equivalent of UB, as it too has been offering two-year bachelor’s degree since it was founded.

What can you study?

Other than the accelerated learning, the biggest draw to UB was the undergraduate course I was enrolled in: BA in Politics, Economics and Law (PEL). The UK is home to the famous Philosophy, Politics and Economics (PPE), an interdisciplinary degree first offered by the University of Oxford in the 1920s. This is the degree that has educated and produced many of British leaders and, of course, Indonesia’s much-beloved singer Maudy Ayunda.

I was much more interested in Law than Philosophy, however. UB was the first and only university in England that offered PEL at the time, so I was even more convinced to study there. This course allowed me to study three subjects with equal portion and is not as restrictive and narrow in focus as other single subject courses, which is a feature of the British education system that favors depth compared to breadth.

This degree has now been offered in other universities in the UK and around the world, such as the School of Oriental and African Studies (SOAS) in the UK, Dublin City University (DCU) in Ireland, Singapore Management University (SMU) in Singapore, and IE University in Spain. Two UK universities – King’s College London and the University of Warwick – offer another similar combination of subjects that is Philosophy, Politics and Law (PPL).

If social sciences and humanities are not your cup of tea, these fast-track programs also offered science subjects such as medicine and health sciences, computing, architecture, and sports science and management.

How does the program work?

Both UB and Bond University offer flexible entry in January, May and September. In an accelerated degree, you would cover the same modules and materials and get the same qualification at the end as you would on a regular, three-year degree, only in less time.

At UB, the academic year is divided into four terms compared to the regular three terms (allowing for summer holiday) or the semester system. One term consists of 10 weeks with 2-3 hours lectures and 1-hour seminars for each subject each week. In my case, I had about 10 hours of lecture (2 for politics, 2 for economics, 3 for law) and 3 hours of seminars (1 hour for each subject) each week. Similar to other universities, assignments come in the form of essays, presentations, and quizzes.

What I learned from my experience

This is my personal reflection on pursuing a bachelor’s degree in only two years:

All in all, I had a great time during my university and would recommend it with confidence if you’re looking for a different experience or just want to accelerate your career! Feel free to contact me to ask more questions. 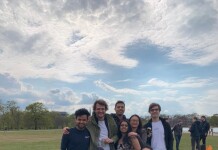 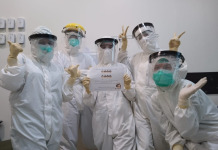 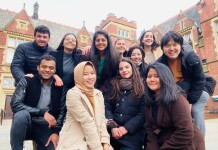 After Ups and Downs, I Became a GREAT Scholar and It Changed My Life 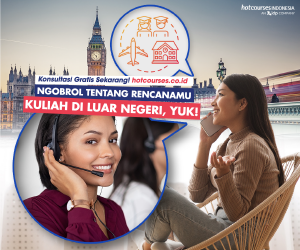