Our contributor Nadia Pranabudi got some valuable opportunities and a lot of exciting experiences while finishing her undergraduate study at the University of British Columbia in Vancouver, Canada.  One of those great opportunities is to do an exchange program at the University of Melbourne in Australia. Nadia studied in Melbourne for one year. In this article, she shares her story about experiencing different educational systems in two universities, located in two different countries.

Participating in a full-year exchange program is very easily one of the highlights of my undergraduate degree. In the past four years, I have attended three different undergraduate schools and interned full time at two different companies. This untraditional background has only taught me the importance of acquiring different perspectives—something that an exchange program can offer.

During my time in Melbourne, I mostly took computer science classes that I knew would transfer back to UBC as core courses to my degree. To say the least, it was interesting to see the different approaches that the two universities take into teaching.

At the University of Melbourne, lectures are done in person but are also recorded and uploaded after. Attendance for both the lectures and labs were often not made mandatory either. On top of that, final grades would usually rely very heavily on the final exams (they can weigh anywhere from 50%-75%). With the grading schema, students can be absent throughout most of the semester and still pass the course as long as they do well on the exams.

During my time there, I found that a lot of my studying only happened towards the end of the semester with me sitting in the library watching recorded lectures at a 2x speed. It might have just been my poor time management skills, but the library always seemed to be packed with other students doing the same. On the other hand, final exams in UBC typically only weigh around 25-50% of the final grade, not nearly as much as what they would weigh at the University of Melbourne. There is more emphasis put into students engaging and attending lectures throughout the semester rather than just succeeding in the final exams.

Similar to the University of Melbourne, UBC typically does not formally make its lectures mandatory, but I still find myself compelled to go anyways. Lectures are often a lot more engaging—some even incorporate labs, worksheets, and group discussions. I have also seen some professors at UBC who try to know the names of all their 200-300 students by the end of the semester.

In the beginning, I could not make sense of the passive style of teaching at the University of Melbourne. It was only until I noticed the number of part-time internship opportunities on the school’s career board. With lectures being recorded, students have the flexibility to juggle working part-time while still attending school. UBC does not give the same flexibility but rather offers an optional co-op program where students take non-study semesters to do full-time internships in their field of study.

Which is the better university?

There probably isn’t an easy answer to this. An 800 words long article is also probably not where you would find it either. But to give a short answer—I think it depends on what you are looking to get out of your degree.

Helping students prepare for their careers is something that I find UBC is better at doing. Solely on the lectures alone, the University of Melbourne does not go far beyond teaching the academics. UBC forces group discussions—something that a student would have to learn to be comfortable participating in if they want to succeed in their career. UBC’s co-op program is also what puts UBC ahead of the game. By being enrolled in UBC’s co-op program, I will already have 16 months of full-time job experience by the time I graduate—giving me, hopefully, a head start in my career as a fresh graduate.

This is not to say that I would not have gone on exchange to the University of Melbourne. Experiencing the different education systems has only opened my eyes to the different ways of teaching and learning. Most importantly, it has allowed me to reanalyze what I look for and value in my education. There are also many other aspects beyond what is explained in this article that I would take into perspective when choosing a school. Things like culture, social life, support for mental well being are just a few of a long list.

If you can only take one thing out of this article—I hope that it would be to experience as many different approaches to education as you can, possibly through an exchange program. If anything, it will allow you to realize what you look for in your education. 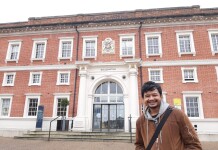 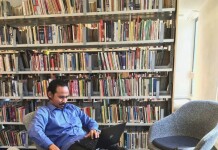 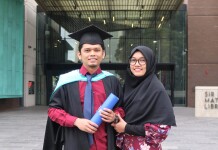