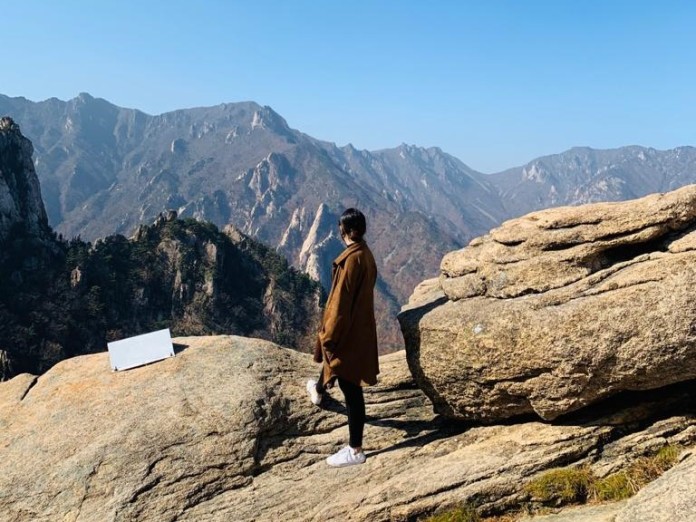 “Embracing roots beyond border” seems like a comforting and inspiring thought. Throughout the month, as we celebrate Indonesia Mengglobal’s 8th anniversary, you have read many wonderful stories from Indonesian diaspora who continue to serve as the country’s cultural ambassadors the world over. Sometimes it can get a bit more complicated than that, however. Contributor Alicia Shevanel, who went to University College London (UCL), UK, knows this too well, as she has moved through multiple continents most her lifetime. Read below as she shares her perspective on roots and what it means to embrace them.

When I was asked to write this piece on embracing your roots while abroad, the first thought that came to my mind was, well, I don’t think I ever did that. It’s not that I rejected my roots, it’s the fact that at most times I don’t feel that I have any.

I grew up in Jakarta, moved to Singapore when I was 9 and stayed there until I was 18. For the past 6 years, I went from Singapore to Montreal to Sydney back to Montreal to London and now returning back to Indonesia. The whole time I was in Singapore I attended an international school; I was in the expat bubble. Its a cliché, feeling not Indonesian enough yet not being integrated into Singaporean society. When I went to university in Montreal, people would ask where I’m from and it never felt right to say I was from Indonesia, since I haven’t lived there in years. But I was also not Singaporean.

I fully acknowledge that my emotions, logic and opportunities come from a place of privilege. In all honesty, one of the main reasons I decided to pursue my MSc in Social Development Practice at University College London (UCL) was the fact that I was not ready to go back to Singapore or Indonesia. London being a multicultural city, full of different ethnicities, felt familiar and I found comfort in that. Yes, Indonesia is multicultural, but there is an inherent element of the Indonesian identity, which I did not feel fully a part of.

My program was very multicultural. In fact, no one in my MSc program identified as fully English. Most of them were also only in London for the program and had no plans of settling in London. Despite being multicultural, some questioned why I look Southeast Asian yet act very “western/white”. Comments were made with regards to why I acted more Canadian than I did Asian despite only living there for four years.

Academically, I didn’t find the program too difficult to follow. I felt that it required a lot less work compared to Canada, but more then my semester abroad at the University of Sydney. The program also had a really unique fieldwork component, which I learnt a lot from. We went to Salvador, Brazil for about 1 month. There I was once again asked questions regarding where I was from and where I was going after my program, and I still didn’t have an answer. Weirdly enough, despite being continuously questioned about my cultural identity, I never felt the need to change myself. It was uncomfortable at times, but I never felt alienated.

It was only towards the end of my Masters in London that I started thinking about going back to Indonesia, after being away for two thirds of my life. There was a desire to try going back there; I felt that I wouldn’t know until I try. London was the logical place to be but I didn’t feel rooted either in London. Furthermore, I felt the need to be closer to my family, especially my grandmother. I told myself that if I found an opportunity in Indonesia that I wouldn’t be able to get anywhere else, I would take it. Still the thought of going back to Indonesia was scary; I knew I wouldn’t fully fit in.

After my program ended in September, my visa allowed me to stay until January. But financially it made no sense for me to stay there; the rent was high and I had no intention of staying there long term, so I moved away.

My family remains in Singapore but earlier this year, I started work in Jakarta. After doing an internship for the government, I was given the opportunity to work full time. Being an Indonesian citizen, I knew that I wouldn’t get this opportunity anywhere else. On top of that, I could stay with my grandma.

It hasn’t been the easiest transition moving back. In fact, it has probably been the most difficult move. It’s been almost 6 months now and I still don’t feel adjusted, let alone “rooted”. I can’t articulate my thoughts well; I find myself having to translate my “English” thoughts into Indonesian, which probably makes me sound like a Google Translate version of a robot. I hold myself back a lot, afraid of judgment for being “western” despite looking as Indonesian as it gets. There are also times where I hold myself back because I felt that it was not my place to comment on certain topics given my background and privilege.

Maybe I am overthinking, but it still does not invalidate my insecurities surrounding my identity. What I do know for sure is that despite not feeling being rooted enough or embracing my Indonesian roots or lack thereof, I wouldn’t want to work and dedicate my work to any other country.

Living in Jakarta may not be a permanent thing and I may yet to be planting my roots in Jakarta, but again, I won’t know until I try. Maybe it’s okay to not have my identity rooted in one specific culture or place, at least for the time being. I don’t think I have known exactly where my roots are or what it means to embrace my roots, but I’m trying my best to learn to embrace myself. Going back to Indonesia meant leaving my comfort zone and facing my irrational fear of being alienated in a place that is supposed to be home. 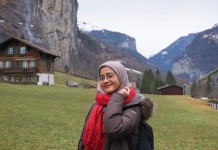 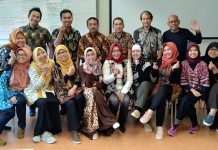 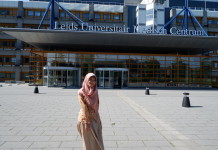