Our new North and Latin America columnist, Inef, is an alumnus of the University of North Carolina at Asheville, class of 2018.  In this article, she writes the different ways Indonesian and American higher education systems sort undergraduate students into majors and minors, what exactly majors and minors mean, how she finally declared her majors and minors, and what kind of lessons she have acquired from the process of changing her paths. Based on her experience, Inef believes that changing a major does not have to be scary!

When I was just in my first semester of undergraduate studies, back in 2013, I did not actually have a clear understanding of what I wanted to do with my life and how I could achieve what I thought was my dream at that time: becoming a journalist. I went to Hiram College in Ohio with a conviction that I needed to study what I have been told by my high school counselors was my utmost talent: reading critically and writing creatively. That was not a terrible advice by any means, but it should be considered that who I was as a seventeen-year-old could not and should not necessarily determine the full trajectory of my Bachelor’s program. It is completely normal for college students to grow into different people than they used to be when they were much younger and I certainly experienced that as well. As I interacted more with my professors from various academic departments, and took on a few on campus jobs, I decided to change my mind. I told my advisor that I no longer planned to pursue a degree in English and instead would rather switch to Political Science. For several months, I was happy with that decision, but then reality kicked in and I transferred to University of North Carolina in Asheville to gain a degree in International Studies.

In Indonesia, when you apply to a university through a national entrance exam, you are expected to also apply to several majors of your choice—you list your top choice, your second choice, and so on, and then whichever major you are accepted into will be the one you are bound to stick with for the next four years, unless if you are brave enough to re-take the entrance exam and indicate in your application file your desire to switch to a different major. This system means passing or failing is largely determined by your test scores and your portfolio, among other things like luck and past achievements or the number of alumni from your high school who were successful in the entrance exam. The American admission system, however, does not work the same way.

In the United States, for the most part, if you are accepted into the university of your choosing then you are also automatically accepted into all the academic departments available within the university (exception: competitive majors like engineering and architecture). Switching majors in the U.S. is also easier because it only requires an appointment with the student’s assigned advisor and a trip to the Registrar (the administrative office who handles transcripts). A consultation session with an advisor would entail a checklist of whether you have all the right courses for your mandatory General Education classes (regardless of majors, all students in a U.S. institution still need to take at least a semester of foreign languages, mathematics, humanities, and laboratory sciences) and whether you can still graduate on time (U.S. undergraduate degrees typically require students to accumulate between 120 to 144 credit hours in four years). Your advisor will also ask whether your motivation to switch major is reasonable and purely comes from a realization of your expanding interests, rather than due to peer pressure or burn out.

As I stated earlier, I went through the hassle of switching from English to Political Science. Was it wise? In my case, the answer is no. It was true that I admired and respected my professors, who have published their own manuscripts and research in reputable journals and whose textbooks have been used in the syllabus of many other high-ranking universities, but my impression of what a political scientist does certainly was not an accurate one. I had this vision that I would have a stable career as a political observer, but that perspective was a limited one I got from watching too much political debates on TV. To give you context, I switched my major in 2014 during my sophomore year, when President Yudhoyono’s term was about to end and newcomers Joko Widodo (then the governor of my hometown, Jakarta) challenged the political elite, Prabowo Subianto. I saw the whole political science world from rose-tinted glasses. As soon as the election season and the campaigns were over, I woke up to the humbling feeling that I was lost in euphoria and was not being honest with myself.

I was too proud and stubborn to admit my mistake since I thought that I would be labelled as a quitter if I change my major for the second time. However, this mentality back fired as my grades suffered and I began to hate the projects my professors gave. I started to find it difficult to force myself to attend lectures and even my friends commented on my lack of energy. Defeated, I finally scheduled a meeting with my advisor after rejecting his invitation for weeks. I was afraid that he would judge me. Surprisingly, as soon as I sat down, he just told me a story of what he was like when he was my age: confused, uncertain of his passion, and rebellious. What helped him pick his field of specialization was a heart-to-heart conversation he had with the seniors in his alma mater. The point of his story was that there is no shame in being indecisive, as long as you discuss your worries and concerns with a more experienced person. To quote my advisor: “You are barely an adult, Nefertiti. Nobody will hold it against you if you experiment and explore around. In fact, I would be very amazed—in a negative sense of the word—if you stay stagnant. Go and live a little. You know yourself better than anybody else. Do not settle for things that make you miserable.”

With my advisor’s assistance, I began to see that what I truly enjoyed was learning about different cultures, civilizations, and societies. A major like political science could cover those topics, so could anthropology and sociology, but they are usually focused on established theories and statistical modeling instead of practical and applicable analysis of recent phenomena or current events, at least before the students take upper-level classes in their fourth year. International Studies, on the other hand, could afford me the chance to not just digest breaking news or argue my stance on a public policy, but to also learn how geographical boundaries have shaped a nation and how economic initiatives have brought a developing country into a more developed standing.

If you find my story relatable and you also wish to change your major in the near future, I suggest that you take the time to reflect on your strengths and weakness as well as your core values. Ask yourself the following questions: what global or local issues are you most concerned about and how do you think you can solve them? Where would you love to work and why? In my case, I am concerned about the difficulties immigrants and refugees face in obtaining legal status or official visas to escape wars and poverty. Majoring in International Studies made it possible for me to have the doors opened for a job related to immigration. I am now working as a freelance interpreter and interact regularly with immigrant families from Southeast Asian countries. Your situation might be different. Maybe you are concerned about the rampant cases of child marriage in remote villages and would love to be a lawyer and wok with non-profit organizations to protect innocent children. Maybe you are concerned about animal cruelty and would love to work with an advocacy group to educate your community about animal rights. Whatever your true calling is, embrace it and start to look up ways in which you can accomplish your goals by majoring in a relevant field of study. 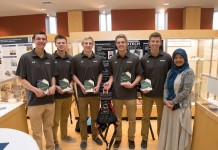