As China’s international influence continues to grow, the Mandarin language skill has become an asset for young professionals who are entering the job market. Indonesia Mengglobal contributor, Vania Gunawan, shares her experience studying Mandarin in one of China’s top universities.

Studying Mandarin has been one of my life’s priorities since I was in high school. Mandarin is one of the key advantages that could separate you from the pack, facing a fierce job competition.  I took some courses and watched Chinese dramas to improve my skill. My willingness to learn Mandarin become stronger when I studied International Relations for my undergraduate program at the University of Indonesia . We cannot deny the fact that China’s role is becoming more important both economically and globally. Knowing China will play a pivotal part in the global development in the future, I encouraged myself to apply for Confucius Scholarship from China Government to learn Mandarin for one year in Peking University (PKU) in 2016. I will share my story of how I got the scholarship, the academic environment and my life at PKU.

Confucius scholarship partners with different universities in China and allows you to choose up to two universities during registration. In order to get the scholarship, one should have HSK and HSKK, two of Mandarin proficiency exams to measure your ability for listening, reading, writing and speaking. In order to enter top universities, some of my friends told me that I needed to have one level higher than the minimum requirements. For instance, usually for one-year Chinese language scholarship, you just need to submit HSK level 3 (min score 180) and HSKK for beginner (min score 60). However, to increase your possibility, you need to at least submit HSK level 4 and HSKK for intermediate.

The scholarship covers your tuition, accommodation, insurance and monthly stipend RMB 2500 (around IDR 5 million) per month which is more than enough. They require you to pass HSK 5 by the end of one-year program and will pay for the test fee as well. Basically, you just need to pay for your flight ticket, visa and textbooks.

At first, I was planning to go for Fujian Normal University, since people told me that it would be easier to get accepted there. The university has a partnership with the Confucius Institute in Jakarta. However, at that point in time, I believe there is no harm in trying, just like people said, you cannot expect to reap the corn you have not sown. In the end, against all the odds, I made it into one of the most prestigious universities in China, Peking University.

My first semester at Peking University was all about studying. I didn’t come from a Mandarin-speaking background, and my course would only last for one year. This made me think that in a span of one year, I would need to learn and squeeze the knowledge as much as I can. So, I braced myself to enrol in one of the higher-level classes. Half of my classmates majored in Mandarin or at least they had taken two years of full-time Mandarin classes, and some are also scholarship grantees. They studied really hard and always had themselves prepared before class. I still vividly remember when the teacher asked us to make sentences using specific vocabularies, more than half of my classmates came up with very complex sentences, using high level vocabularies with some idioms or expressions that they learnt either from drama or their Chinese friends. I was shocked and at the same time amazed by them. This learning environment encouraged me to study harder.

One of the perks being PKU student was I got opportunities to join different public lectures delivered by top scholars and guest speakers that are very well known internationally. I got the opportunity to attend public lecture by Joseph S. Nye, the pioneer of the theory of soft power and Chairul Tanjung, former Indonesian Coordinating Minister for Economic Affairs. There was also a time Bill Gates came to PKU but the seats were limited. We needed to collect the ticket for free in advance. The locket opened at around 10 AM, but I heard there were some students that started queueing from 5 AM, and on top of that, it was winter. I tried my luck, came at 9 AM, one hour before the locket was opened. Surprisingly, the queue was very long, and I instantly gave up.

What I loved so much about PKU was its diversity. In my classroom, most of us came from different countries such as Egypt, South Korea, Japan, Spain, Russia, UK, Australia and even North Korea. The diversity was very good to help you to improve your Mandarin and English skill. Students from Asian countries tended to be more fluent in Mandarin instead of English, so I needed to use Mandarin to communicate with them. Even some of my Spanish friends also prefered to use Mandarin so we can help each other to improve our Mandarin skills.

The time I spent in PKU was so short, yet memorable. Not only knowledge, I gained new skills, made new friends, joined events, and travelled. Despite bad air pollution during winter, Beijing has many things to offer. It was a modern yet historical city, convenient to travel and affordable (except for housing, a bit expensive). The most important thing, Beijing has been a place where I met many bright minds, listened to their ideas and learnt many different perspectives from them. 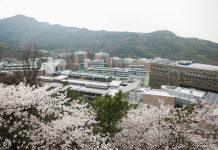 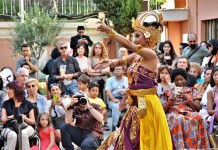