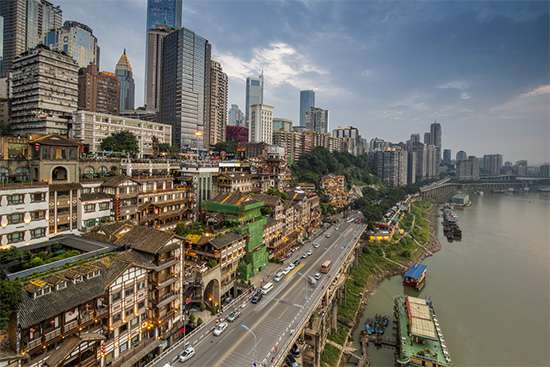 Studying abroad in a foreign country and living in a city that people don’t know much about might be challenging, especially when the people around you do not see the prospect of studying in said country. However, Michael Siagian managed to challenge such views by going after what he wanted and survived it. In this article, Michael will narrate his experience about his plans of studying in China and how he eventually admired Chongqing, the city he studied in, despite the lack of information and discouragement from other people.

“The first day I arrived, my head was fully contaminated with stereotypes. The second day, I found myself in the corner with my jaws dropped”

Let me begin this story with a simple confession: Never in my entire life have I found myself blown away like this. Ever heard someone mentioning about getting stone-gazed by Medusa? The sensation is pretty much like that. I recalled a time where it took me 2 hours to walk down a short alley due to the constant battle in my soul, as my subconscious mind tried to dilute me away from my conscious state. You might say that I am being over-reacting, but I am not! 2014 was the 3rd time I came to China, while the second time was in 2011 and the first was in 2008. Each of the visit were to different cities, and Chongqing was the most shocking place I encountered.

In order to understand the storyline, one must be taken to years prior to my arrival to Chongqing. I grew up in a community that looked down upon China. Everyday in my life, I was exposed with unverified negative mindsets about studying in China. Well, everybody encouraged me to study abroad, even to U.S and Europe, but not China. They said China is not the so-called “promised land” for your future. At that time, I found even more negative feedbacks about China in the Internet rather than the positive points. Some positive points I found was that the education quality was considered better than the cost (academic cost and living cost), graduates will gain a bright prospect as some political observers reported that China has the potential to be strong in an upcoming decade, and the most important thing the tickets to fly from and to Indonesia is rather affordable. I did not know why, but deep down I felt the urge to go to China and nullify all these negative thoughts by experiencing it firsthand. Even 1 year prior to my departure, when my scholarship approval was already announced, those negative thoughts still haunted me. A gamble I was willing to take, I asked my parents what should I do, should I trust in my intuitive decision to go to China, or should I listen to the crowd. They said: “People of the present will put their concern in what is promising today, but people of the future will value every prospect and create a path to make the prospect real”. In other words, they encouraged me to trust my intuitive and be responsible with any decision. Deal.

As we know that up until now, China has a considerably “separated” Internet from the World Wide Web. There is not much information I could find about Chongqing. Since the most common destination to study in China are referred to the big cities on the east coast like Beijing, Shanghai, Guangzhou, the west part is not much exposed to the outside world. I remembered some trusted source I could rely was Wikipedia and some Instagram hashtags of my city and my campus. Even my campus’ International version web is so outdated. At that time, I thought Chongqing was a small city with the same geographical and climate condition as my home town in Bandung. There was not too much expectations being set prior to the arrival. I was ready to stay here for the next 6 years to complete my study with no hesitation about extreme culture shock and so on. I was wrong.

It was September 23rd 2014, when we arrived in Chongqing after spending a night transit in Guangzhou. The city was foggy when we were sent to our dormitory in the University Town area. Sleepy and exhausted, there was not much to learn. The next morning, we were asked to meet in the front gate to be taken to a city tour held by our seniors from the Chongqing Branch of Indonesian Students’ Association (so called PPIT Chongqing). They told us to be ready, for it was going to be a long journey through the city. We thought what they referred to as “long journey” won’t be THAT long, tiring, or anything. Our thought was amplified when we were picked up in a three-wheeled taxi (we used to call that tuktuk). We laughed, but not for long as we were dropped in a magnificent Metro Station. That was the exact moment I started to realize that there will be so many plot twists.

We were taken to see the city through the metro line. I noticed that it was WAY much more advanced and well developed compared to my home town. It is true when people said Chongqing is a mountain city, but I never thought it would be built in such a magnificent way. For example, in the same metro line, there was a time when we happened to be below the ground, on the ground, on the bridge, and next to a very steep cliff. Well, I was pretty sure the ride is not for the faint-hearted and those with vertigo. Not to mention the night view. There are 2 giant rivers that penetrate Chongqing, and for every bridge connecting those sides, they put dynamic lights on it! The view was so beautiful with the lights from those skyscrapers in the background. We spent our entire time pounding on our hearts, a mixed feeling of happiness; knowing the fact that we would stay in a such beautiful place and at the same time trying to purge the guilt of judging negative things about Chongqing. Hahaha.

On the bottom line, what I want to emphasize from my experience is that studying abroad is a leap of faith. It’s not as simple as deciding where to go, which university to attend, or which community will you belong to. There is SO MUCH to gain when you decide to go abroad. 1000 words of this story will not be enough, but trust me, you will love it! 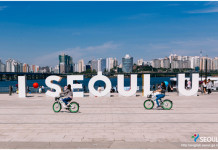 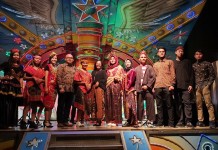