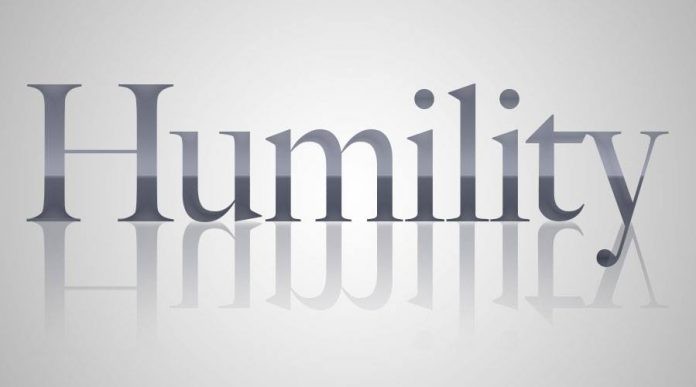 Salim, our columnist, always writes articles that are full of wisdom on living life to the fullest. The way he sees his surrounding, how he feels about it, and what lessons he manages to obtain from it deserve to be told. Let’s read the following interesting article he recently wrote about humility.

I am always impressed with persons who are, despite being high-profile, always demonstrating a sincere humility. Please don’t get me wrong. Being humble did not mean just sitting alone in the corner of a room and not sharing ideas with others. What I know about such amazing people is that they remain confident when meeting people without seeming arrogant. They would be happy to express their opinions and ideas, without a need to brag about themselves and ‘force’ others to listen to them.

Where did I ever find humility?

I recall when I was invited to be a panelist at a Kuala Lumpur seminar, five years ago, to present my research findings on the role of women in leadership. One of my fellow panelists would be a young Dutch woman. Prior to my departure for Kuala Lumpur, I googled her and found that she had widely published in the area of business groups and Asian family business. At such a young age, she already held an associate professor position at the National University of Singapore (NUS). Interestingly, her PhD thesis at Universiteit Leiden was focused on the Indonesian business groups. Amazing!

I came to the seminar, held at a five-star hotel in the heart of Kuala Lumpur, with anxiety. I did not feel confident enough. I had just started my journey in the area of academic research, yet I already received such an honour to speak at this well-respected event. Fortunately, my 15-minute presentation was running well, and I could respond to the audience’s questions quite smoothly. It was indeed a great experience for me.

After the session concluded, I had an oppportunity to talk to the young NUS academic only to find that she was a very humble and nice person. It was not a boring conversation between two persons where one bragged and another kept silent and listened. Instead, it was a very insighful discussion. She told me about her research and asked me questions. I told her about my research and asked her many questions, too.

I also found humility when studying at the University of Queensland

What I experienced in the aforementioned international seminar was not the only great lesson I learned from the high-profile-yet-humble persons. I repeatedly met people with such a great character when I pursued my postgraduate study Down Under at the University of Queensland (UQ).

I took a course which was supposedly dedicated for Honours program students. In the first class of the course, I met the bespectacled Australian man in his 40s. The lecturer was thoroughly unpretentious. Nothing was special about his appearance or speaking style, at least from my observation. But listening to words that came out from his mouth, I could easily guess that the guy must be a very smart person. Without him even needing to explain about himself. Without him finding a need to brag about his positive qualities. I didn’t know until at a later time that he was a respected professor at UQ Business School. His scientificpapers had already been published in highly-ranked international journals.

In another course at UQ, I was taught by a female lecturer who spoke American English. She was in her pregnancy during our first classes. When attending the classes, she usually looked tired. Her blonde hair always seemed to be messy. I somehow felt ‘pity’ for her. Again, what I observed taught me an important lesson to ‘not judge a book by its cover’. Despite her very down-to-earth appearance, I later noticed that she was a well-regarded professor with many remarkable achievements in her field. She had been invited to speak in four continents, presenting her breakthroughs in financial research.

In recent years, my travel to various parts of the world again provided me with interesting observations about humility. I made a business trip to Sweden in 2014 and met prominent people of Sveriges Riksbank, the country’s central bank. When I and other participants had a lunch in the Riksbank’s cafeteria, I witnessed something that showed me how egalitarian the Swedes are.  The central bank governor sat with three junior staff members at the same table, enjoying their lunchtime together. Later, I also had an opportunity to have a lovely conversation with a senior official of Riksbank just before a gala dinner started.

Coming from Indonesia, a country with a relatively higher power distance culture, I was somehow amazed by what I observed in persons coming from Australia, Sweden, or the Netherlands. However, it did not mean that I never met such high-profile-yet-humble persons back home, or in other countries that shared similar cultures.

Despite working for a public sector institution, I found my superiors quite egalitarian. Surely they remain ‘authoritative’ to a particular extent, but they do not mind maintaining a close and friendly relationship with their subordinates. I report to them in a very casual way, which honestly makes me comfortable and not really feel under pressure. In other occasions I experienced in Indonesia, Malaysia, and Japan (countries with lower egalitarian cultures), I have also met other people who chose to stay grounded even though they were holding a prominent position in their respective organisations.

Get over yourself, do not be arrogant!

Meeting humble persons in various places on the planet, I obtained a valuable lesson to keep humility in check. Why should I become an arrogant person, whilst in fact I am still no one compared to those high-achieving people? If they could keep themselves so humble, why couldn’t I?

I believe arrogance never brings about positive impacts, though a few exceptions might apply. My interactions with people from many different backgrounds showed me afact that generally people do not feel comfortablewith arrogant and over-confident people. I didn’t see any point why some people feel a need to be boastful and underestimating those surrounds them.  You might have known those who would like to dominate conversations every single time they meet people. You didn’t feel comfortable to stay close to them.  You felt forced to listen until the self-centered persons ended their long list of success stories. You might be upset since you felt being undermined, and on the following day you would try your best to avoid them.

“I never want to talk to that guy anymore!” One of my senior colleagues once told me. I saw disappointment and a bit anger in his face.

“What’s up, Boss?” I replied. I knew the person he was referring to.

“I know his position is higher than me, but that doesn’t mean he can underestimate everyone he talks to,” he said. Then he advised me, “So, Salim, if someday you become a high-level boss, please don’t be like him, okay?”

Humility does not mean thinking less of yourself

Surely, keeping humble doesn’t mean that you just keep silent and not speak up. I believe that, in many cases, one needs to do a self-promotion in a proportional manner without seeming overly prideful. For example, you need to be enthusiastic about yourself when you sit for a job or scholarship interview. Similarly, when you aspire to a good career growth, you should never hesitate to demonstrate that you can perform well and give significant contribution to the success of your organisation. The art of striking a balance between proper humility and proper self-confidence appears to be something important to learn.

In another occasion, when I joined the teaching staff of an Indonesian government college, I had a final-year student who was—in my opinion—overly quiet. I thought he had an inferiority complex, making him less proactive to achieve high in his studies compared to his classmates. I don’t think that becoming a quiet person is bad. Each person has his or her own character. But, I believe that any type of characters should not hinder one from making progress and making dreams come true.

When he finally completed his final-year thesis, I found time to talk to him and give him long advice for his future self-improvement. “It is not an issue that you are a quite person. But I advise you to be more open and speaking up. You can’t be overly quiet like this. When you made no progress in your research assignmnet, you even didn’t let me know, and all I knew was you did everything just before the due date. You also need to be more proactive at your workplace, wherever you will be assigned to work after your graduation. For example, if you really work hard and then someone—your  own colleague—take credit for the entire result, should you keep silent facing that conditon? You shouldn’t. Never.”

Humility is a good character one needs to develop along his or her life journey. And at the same time, one should also learn to maintain a proper harmony between being humble and being self-confident. I feel so blessed that, in various places and occasions, I have met great people who taught me such a valuable and hard lesson. 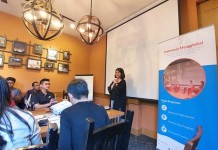 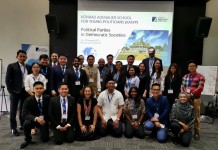