Immanuel Sanka is a former Indonesia Mengglobal mentee who managed to get accepted into 6 world class universities and obtain a Lembaga Pengelola Dana Pendidikan (LPDP) scholarship! Now, he is finishing his master in Applied Biotechnology MSc program at Uppsala University, Sweden. Immanuel wrote about his journey and the role that the IM mentorship played in it. Deeply insightful, Immanuel’s article offers one major takeaway for study abroad-enthusiasts: put in the effort to understand yourself, and the future is yours to create.

The possibility of pursuing a graduate study in a world class university on a full scholarship had never crossed in my mind previously. I grew up without scientific exposure until I started my bachelor and picked biology as my first degree. At that point, I had found a major that I really liked, but left me nowhere. I haven’t dreamed of the possibility of studying abroad – living in a different country, even experiencing life in a different continent! During the second year of my bachelor study, I realized that we can find ways to turn pipe dreams into reality, and that was when I decided to get a scholarship to continue my study, abroad. I started to set my goals, adjust my timeline, and prepare so many necessary stuffs, including language preparation and curriculum vitae (CV). These two have escorted me throughout my journey, which can sometimes be very tough, but mostly fun!

In 2015, I joined the Indonesia Mengglobal (IM) mentorship program. There, I found so many people who were willing to help each other, especially in preparing applications. I had a very supportive mentor and friends who helped me throughout the application preparation, either for finding the university or the scholarship. Through several Skype meetings and assignments, IM mentees learned many different ways to know who they are and what their goals are. The mentorship program lasted for months, and by the end of it I was ready with several different motivation letters, CVs, letter of recommendations, language certificate, and essays.

Within months of finalizing my list of targeted universities, I obtained 6 acceptance letters. And, gratefully, I also obtained a scholarship from the Indonesia Endowment Fund for Education (LPDP). But, these achievements are not what I want to emphasise here. Instead, I would like to stress how everything I experienced helped me to understand myself. Every turning point, obstacles, and achievement have allowed me to understand what I really want and am capable of. For example, it took me a while to prepare everything, when I know of others who may only need days or even hours to do so. Also, I want to remind  you should put an effort no matter how hard it gets. Because, no one else will do it for you. Luckily, you will always find people who eager to help you out! Remember, help you out, not do your task.

Now, I am finishing my Master’s (Applied Biotechnology) in Uppsala University, Sweden. I am regularly shocked with the lags between my study in Sweden and Indonesia previously. Not only gaps in terms of academic materials, but also the mind-set. Every day here, I am exposed to a range of perspectives, but also tolerance and openness – things which help me understand myself better. This study abroad experience has also allowed me to fulfil another dream of mine. This dream have been buried since I was a bachelor student, which was to participate in the International Genetically Engineered Machine (iGEM), a well-known synthetic biology competition. I not only managed to join the Uppsala iGEM 2017 and compete with more than 300 international teams, but we also won the gold medal and best manufacturing track, which was unbelievable!

I also experienced several international forums, such as the Global Community Bio Summit at MIT Media Lab and bio-art workshop at BioCamp in Japan. There, I met a bunch of new friends from all over the world. And I believe, everyone can also experience these kinds of stuffs, even better ones!

Lastly, everything starts from ourselves. If I can give a quote from my favourite TV Series, “the steps you make don’t need to be big, they just need to take you in the right direction”. Now, I am still figuring my next step(s). For you, study abroad-enthusiasts, you should do the same, and start from now. You can take small steps, but make sure that they pave the way to your end goals. If I can suggest, start by getting to know yourself, and then go find people with open hands and the willingness to help. They can be found in many places, but the IM Mentorship program is one of the resorts to start. So, what are you waiting for? 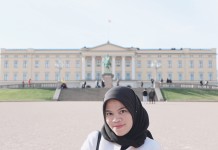 Leadership: The Ultimate Key to Getting Scholarships 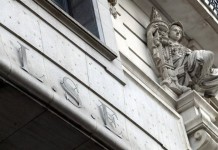 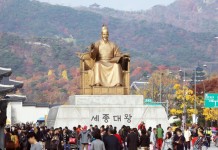