Change is inevitable and must be embraced, especially for fresh graduates who will be entering the workforce for the first time. Nadia shares her story as she joined the Conference of Australian and Indonesian Youth (CAUSINDY) in 2017, how she combined work and passion as well as how the conference impacted her life and her career as a journalist.

“You need to put yourself into positions that create immense pressure; the kind of pressure that will either make or break you. This is how you purge out your weakness and small-mindedness. It won’t be pretty. But it will change you. And eventually, you’ll rise up. New. Changed. Better.” An article from Medium website by Benjamin P. Hardy motivated me to take up new challenges; challenges made by myself.

At the end of July 2017, I was selected to join a conference named Conference of Australian and Indonesian Youth (CAUSINDY) in Melbourne, 11-14 October 2017. The selection process was held in two stages. First, administration phase which required a CV and two short essays. Thereafter, the shortlisted candidates continued to the second phase, the interview.

CAUSINDY is a bilateral youth organization which provides an avenue to discuss about the means to strengthen the relationship between the two countries. Every year, there are a total of 15 delegates selected from both countries. They are young professionals who come from different areas of career background.

My head spun since the day I decided to apply. The first essay demanded the applicants to identify an issue facing the bilateral relationship that is related to strategic and security issues, and describe how it should be addressed. The second essay question was “Why do you want to be selected as a delegate for CAUSINDY? What would you do with this opportunity?”

It was not an easy task since I did not have prior relationship with Australia. I do not work for a company or governmental office that related to Australia, or even study in Australia. I just went there for leisure back in March 2017 to visit my sister who is enrolled in a master degree program and promptly fell in love with the country.

I really did not have ideas for the essays. I read a lot of articles and discussed with many friends and mentors about potential topics for the essays. I decided to highlight the startup ecosystem in both countries. Furthermore, I was determined to challenge myself to be a video journalist by covering the story of CAUSINDY and the startup ecosystem in both countries for the TV station I currently work for.

After being selected as a delegate, I did an extensive research and preparation. When I arrived in Melbourne, I was so excited to join multiple panels prepared by the committee; politics, defense, tech and innovation, and business. However, at the same time, I was very thrilled to perform my first experience as a video journalist.

As a political TV journalist, I felt enthusiastic in the politics and defense panels. I was astounded by the fact that apparently my Australian friends put a lot of concern towards not only Indonesian foreign policy but also domestic situation.

These are facts and key points that I concluded from the panels:

The conference did not only cover serious matters. There was also fruitful discussion about culture and contemporary issues. Since the delegates are emerging leaders from a range of fields—from bureaucrat, journalist, business, academia to social enterprise—the topics discussed were interesting. The communication got more interesting when a few Australian friends showed off their Indonesian language skill. We also had a pitching session for a project that could tighten the bilateral relationship between countries.

During this trip, I managed to produce articles about the conference, green area and culinary in Melbourne. Other than that, I also fabricated an ultimate masterpiece: semi documentary story about the startup ecosystem in Melbourne.

One of the startups covered in my story was an application named “Passel”, a means for the locals to earn money by delivering products that are purchased online by their neighbor. The founder of this startup is Marshall Hughes. Prior to building his own startup, he has worked in the cargo and logistic company for 20 years.

Marshall found that annually, the value of online shopping cart abandoned is on the rise. It is worth up to 4 trillion USD and only 27 percent of transactions are actually paid by the buyer. Among other reasons, it happens because of  the high cost of shipping, unclear information of shipping cost and the slow delivery time. Marshall then decided to build a startup, which rely on neighbors. He guarantees the goods ordered through internet to arrive within 3 hours after the purchase. He invited one of his friends, Julian Kelabora, to be the co-founder of Passel and used his personal savings to establish the company.

In the first weeks of launch, one store in the Richmond area named “Pookipoiga” welcomed his idea. Every goods purchased at Pookipoiga online shop can be delivered by Passel. Marshall and Julian met the owner of Pookipoiga, Shree in the startup networking event.

Marshall thought that now is the right time to establish a startup in logistics because nowadays most urban people demand speed in everything. The government of Victoria show its support and commitment to grow the startup ecosystem by establishing LaunchVic. LaunchVic has an ambitious target to make the capital city of Victoria, Melbourne, as the international hub of startup companies. This company received 60 billion AUD fund from the government.

The CEO of LaunchVic, Kate Cornick said the the large amount given by the government was justified as the startup companies have been significantly contributing to the economic and social aspects, especially startup that get the unicorn predicates- a title given to those who have valuation of 1 billion USD and above. She believed that there are 2500 early stage startups domestically and four unicorns, with collective value of over 20 billion AUD.

I felt the same optimism when I met the founder of startup company named “Kios untuk Dagang Online” or KUDO, Agung Nugroho. He was one of the speakers in CAUSINDY 2017 for panel on innovation and technology. He said that the Indonesian government’s support for the startup industry continues to increase through the establishment of The Indonesian Creative Economy Agency (BEKRAF) and hopes for a clearer and more pro-market regulation. Through Kudo, Agung wanted to provide an accessible online shopping platform while at the same time giving the opportunities for small trader to increase sales. Small Medium Enterprises (SMEs) who sell basic goods such as coffee and noodle are able to sell their products through Kudo online platform.

BEKRAF gave positive response to aspirations from business enterprises. Based on a recent research by Google and AT Kearney, investment in Indonesian startup companies has grown 68 times in the last 5 years. From 1,4 billions USD in 2016 to 3 billions USD in August 2017. Various programs were designed to support the startup ecosystem. In comparison, LaunchVic does not give the fund directly to the startup company while BEKRAF Indonesia touch the companies at the seeds level.

I am very satisfied with this story. I think there has to be a transfer of knowledge between Victoria and Indonesia as both cities are not currently on the 10 best cities of startup ecosystem list.

When the story finally aired in the “360” semi-documentary program, I received many positive feedbacks. All these happened because of perseverance, hard work and support from my family, producers, and friends. Not only joining an international conference, I was also able to kickstart my career as a journalist through the story of the conference. 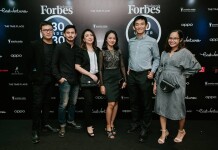 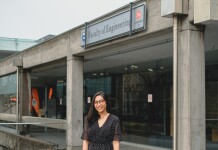 Academic and Professional Experience in Transportation Engineering in New Zealand 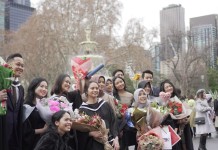