People often question the ability of Arts graduates to compete in the job market. The degree is sometimes associated with impracticality and generality. The writer proves that such sentiments will count for little once she demonstrates her skills. Here’s the story of Alicia Deswandy and the reasons why she pursued Political Science and International Relations majors despite skepticism.

“Why bother studying Political Science? Do you wanna run for a parliamentary seat?” my friend asked whilst stifling a laugh.

I grinned sheepishly as my brain started racking up responses, ranging from the humorous “We’ll see” to the defensive “What is wrong with majoring in Political Science?” However, as much as I wanted to tell him that my decision to pursue an arts degree was out of pure interest, I knew that my response would be met by a perplexed look – a reaction I’m sure most, if not all, Arts students or graduates have received at some point in their lives.

So let’s get to the first question, “Why (liberal arts)?” Reading has always been a pastime of mine and upon graduating high school I decided I wanted to major in a field that emphasises on heavy reading. This, coupled with my interest in current affairs, was what made me decide to major in Political Science, and later on in International Relations. I chose those two because Political Science has provided me with the theoretical framework, whereas International Relations is a field in which I can apply these theories to. Studying these two fields in conjunction has given me a well-rounded understanding as to why and how certain events happen. Similarly, this reason resonated with a friend of mine who is currently completing a double major in Economics and Sociology. “Sociology provides the theoretical framework around issues in Economics, and in turn helps me understand Economics in a more holistic manner” he quipped. I asked the same question to my cousin who completed a double major in Anthropology and Comparative Literature. Her response was because she liked statistics and anthropology’s approach in dealing with people from an ethnographic standpoint.

Arts students are encouraged to think out of the box and to question “Why?” to everything. We’ve been trained to be critical of the information we receive and to never accept them at face value. Critical thinking, coherent arguments, and structure are as important to Arts/Social Science students as they are to its Natural Science counterparts. After all, most fields of study in Arts are also considered as (Social) Sciences. However, despite the critical thinking and communication skills Arts students are taught, the degree is still overlooked in the real world.

Much of this has to do with the ‘myth’ that Arts graduates are not able to secure a lucrative job upon graduating. As I previously mentioned, Arts is an expansive field of study. The theories or topics you learn in one field are, at times, correlated with another field. For example, Jakarta’s current political climate in regards to the gubernatorial election can be explained using theories in media studies and from a historical and sociological approach. Due to the degree’s versatility, Arts graduates are able to embark on careers that are not within specialised fields such as STEM (Science, Technology, Engineering, Mathematics). Arts graduates have piqued the interest of the corporate sector (by this I mean banks and management consulting firms) in recent years, as Arts graduates are commended for their unorthodox thinking and communication skills. Examples of notable Arts graduates who have had unconventional careers include Malcolm Turnbull (incumbent Prime Minister of Australia), Jack Ma (CEO of Alibaba), Ted Turner (CNN founder), Jon Stewart (former host of The Daily Show), and J.K Rowling. Likewise, I have also met people who pored over the works of Foucault, Rousseau, and Keating during their university years but eventually pursued a career in other and often unrelated fields.

If someone were to ask me “So, why liberal arts?” again, I would say that this degree has equipped me with adept communication and critical thinking skills. It has trained me to see things from differing perspectives. To all aspiring liberal arts students out there, I often liken the field of Arts with a quote from Dead Poets Society (1989), “Just when you think you know something, you have to look at in another way. Even though it may seem silly or wrong, you must try”. This article is dedicated to fellow Arts graduates who have had to endure the countless banter and jokes as being Arts students throughout your degree (unfortunately Arts students are at the bottom of the food chain in Australia).

Despite the languorous hours of researching and countless Red Bull-induced nights, I hope you find that it’ll all be worth it at the end. 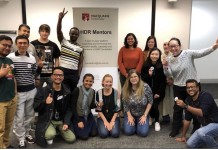 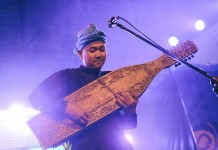