Whenever you move to a new country, you will hear many people’s advice: to get integrated and get to know the locals as much as possible. I would say that this is not easy, and it would depend on the country where you live. In my case, I live in Denmark, where the country is very homogenous, and it is very challenging to many international students to get to know the locals due to language barrier and many other factors.

In Denmark, many people like to join voluntary associations and groups for many reasons. The benefits that I could feel are to gain experiences and to meet like-minded individuals. Since early 2016 I have joined TEDxAarhus, a TEDx experience taken place in Aarhus, Denmark. For you who have no idea what TEDx conference is, it is an independently organized TED (if you remember TED talks on www.ted.com). My experience being a part of the organizers was super incredible and unforgettable. As a bit of information, in the TEDxAarhus 2016 organizers, the members are mixed of local Danes and internationals (more Danish members by number), and there was a selection process to be able to join. This is a voluntary activity just like many other TEDx around the world, and I was in charge in the marketing department. During the day of the main event that was on October 1st , I also assisted in many ad-hoc tasks, such as preparing the snacks, taking care of the attendees’ wardrobe, etc. Of course as a part of the organizers I could watch the TEDx talks for free (it costs money for the normal attendees). 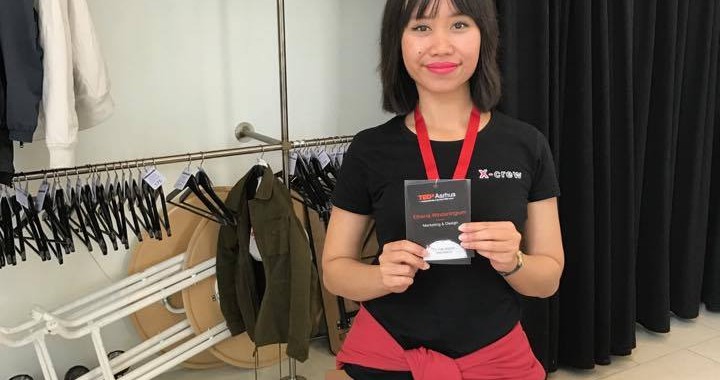 Why did I choose to sign up as a TEDxAarhus organizer? First, I am a big fan of TED. For me, TED with its inspiring speakers has challenged people’s thoughts and shared beautiful ideas in all around the globe. I have watched many TED talks online and I also attended TEDxJakarta back in 2010. The feeling left in me every time I watched TED talks was profoundly inspired. I like to live to be inspired, and TEDx could fulfill that special “need”. My second reason was that I like to do something meaningful and be a part of a cool organization that will bring a great movement in the area where I live. The third reason was to get to know more people in Aarhus and to be integrated. Even the local municipality in Aarhus and other areas in Denmark suggest locals and foreigners to do voluntary activities to get to know each other and of course to bring great improvement to the surrounding.

Enough about the intro. So, how did I apply? I saw that there was an opening on the TEDxAarhus’ website (at that time the name was still TEDxVennelystBlvd). The opening was to be a part of the organization and there were some options of the department, for instance: business relations/finance, marketing&design, finance, and curators. I chose to be in the marketing department because it was my professional expertise and competence that I was most confident to do with. After having an interview in late 2015, I was accepted and I was assigned to be the person in charge taking care of TEDxAarhus’ website. Few weeks after that we already organized one event, called TEDxAarhusLive exclusively streaming the TED talks in Canada. It was not the main event, but we already worked together preparing before and during the event. I was quite busy and approaching the event, we could have meetings more often accompanied with more hours of work. 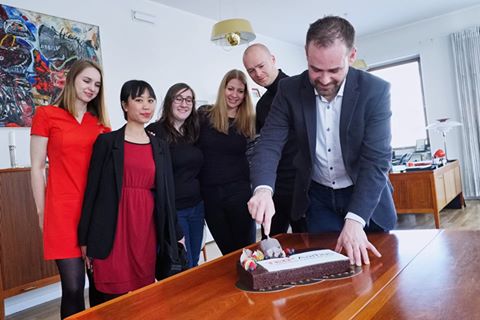 Before the main event, we also had few pre-events. One of them was the event that I initiated and coordinated, as a part of Internet Week Denmark 2016 with almost 100 attendees. It was in May 2016 and we were quite lucky that we were not charged for any cents to participate in Internet Week Denmark, as we are a nonprofit organization. I met a woman who coordinated Internet Week Denmark before we organized this event, as last year I was volunteering in Internet Week Denmark. So that is how it all started. ‘Network’ is very important everywhere, especially in a small knit-related society like Denmark. It felt quite amazing to coordinate and lead an event in Aarhus, even when I was relatively “new” in the city and not being a local. And surprisingly from this pre-event, we got the word spread and amplified, so we got some new extra volunteers to help us in the October’s main event. Another cool thing before the main event was that we met the mayor of Aarhus who congratulated us for the new TEDxAarhus (as before the name was TEDxVennelystBlvd).

So how was the main event? It was a massive success. Our marketing department was able to sell all of the tickets (almost 800 tickets) around two weeks before the event. This full day event was located in Hermans, Tivoli Friheden (a conference hall inside an amusement park – how cool is that?). We had 800 attendees and even though the talk just started at 1PM, some of the attendees already arrived and queued since 11AM! I was deeply touched when I spoke with one of the attendees saying that she arrived at 10.30AM already as she was very enthusiastic. 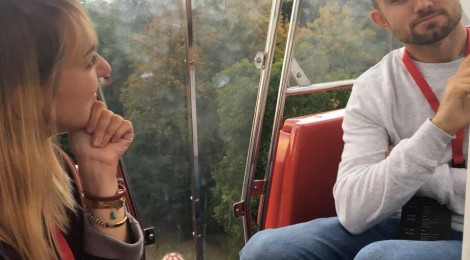 We had 12 amazing speakers and our theme was “To the Moon and Back”. One of the awesome speakers was Christian Knudsen, who was one of the Mars One candidates from Denmark. It was a rare experience to hear live why someone wanted to join the one-way Mars trip expedition. We even had a networking “Ferris wheel” where we got into a Ferris wheel “box” together with the other attendees who we did not know and had a talk with them during the ride. How fun is that?

As I mentioned earlier, even though I was in the marketing department, but during the event, I also helped to do some ad-hoc tasks, such as taking care of the attendees’ wardrobe, helped the attendees taking photos in the photo wall, and preparing the snacks before the break. It was a bit exhausting, but I swear that it was really fun. I got a chance to have a fun talk with the other organizers and the volunteers who only volunteered for two days (one day before and on the event’s day) and engaged with some of the attendees. Even after the event, some of the attendees gave me a high-five! 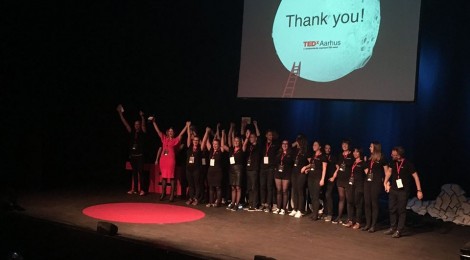 For an extrovert person like me who always likes to be busy and attend events, being a part of a massive event like TEDxAarhus was a real deal. I acquired some new useful skills, be they hard skills and soft skills, I met many nice people, and I was a part of a spectacular event with cool speakers and attendees. I could say that TEDxAarhus is the best voluntary activity in Aarhus among others that I would strongly suggest people to get involved. 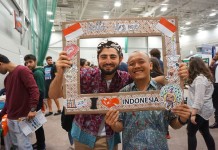 Sharing culture, championing diversity at the University of Southampton, UK