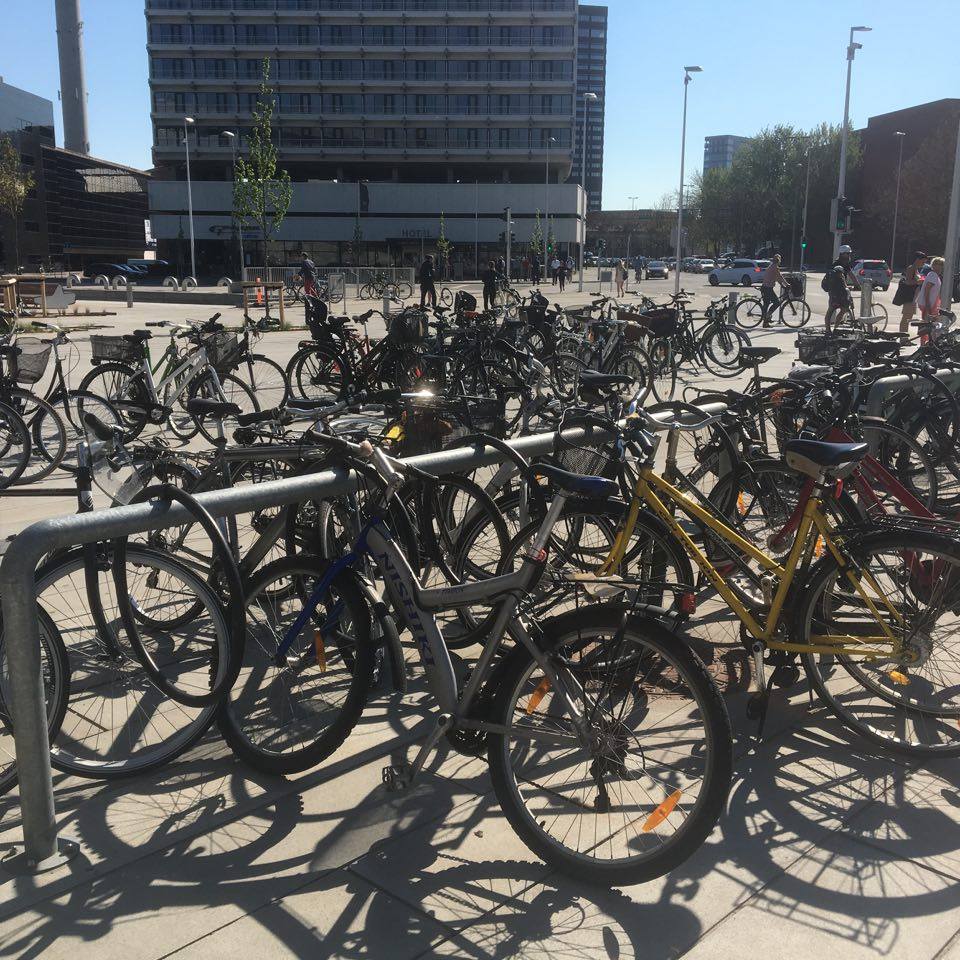 It’s obvious that Indonesia is a tropical country situated in Southeast Asia and Denmark is Scandinavian country in Europe. Thus, we can only expect different people, different countries, different systems, different languages, different cultures, and other different things. Denmark is considered the happiest nation in the world, but before you decide to visit or to study in Denmark, there are several things that you may need to know on ‘What you can do in Indonesia, but you cannot do in Denmark’. Today’s topic might prevent you from getting “shocked” after your move  to Denmark.

What you can do in Indonesia, but you cannot in Denmark 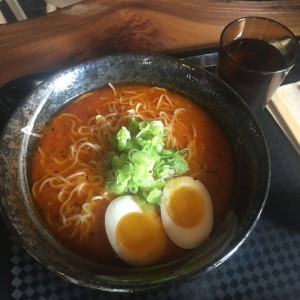 In Indonesia, whether to dine outside or buy some takeouts is considerably very easy. We are offered with so many options of street foods, Padang restaurants, or Tegal “restaurant” that are relatively affordable – you can even have them on daily basis. On the contrary, this is what will happen when you dine outside everyday in Denmark: you would become bankrupt within a week especially if you are a student! Meals in most restaurants here are super pricey. To have Rp 100.000,- or DKK 50 meal for dinner is considered very cheap and it is usually just a “Thai box” or simple menu from Burger King. The ramen in the photo above costs me more than Rp 200.000 (DKK 100).

After living in Denmark, I cook on daily basis and this has turned me into a much better cook (for myself and for the people I love). I could not believe that I could make my own siomay as the picture below. 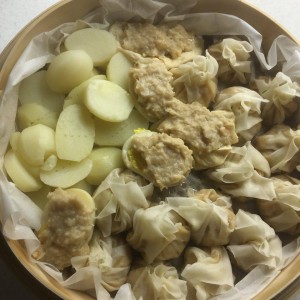 This was my hobby when I was in Indonesia. Hungry? Wait until “Abang Nasi Goreng” passes in front of my house or call KFC delivery when I have to stay late at the office. Wait… so there is no fast food delivery in Denmark? Well, there are many food delivery services in Denmark, but what I know is that there is no 24 hour food delivery, at least in the city where I live, Aarhus. Work-life balance for employees is super important, so don’t expect so much in terms of “service”.

You think it is quite normal to warm up food at 7Eleven? Well, not in Denmark, they don’t have that kind of service. Besides, many people here could enjoy eating cold sandwich/salad every day.

Solution: still, cook at home or have lunch together at your friend’s house, who cooks well.

Have you ever imagined a taxi ride that could cost up to or even more than Rp 1.000.000 (DKK 500) for 45 minutes ride? You better believe that this-very-expensive taxi fare does exist in Denmark. I took a taxi once and it cost me more than Rp 1.000.000 per trip twice. You know, when you live in Jakarta, so many people use taxi on daily basis (now Gojek is more hip, I know). That is why so many people in Denmark ride a bicycle, not to mention public transportation here is quite convenient compared to Jakarta (although public transportation is also expensive – single bus ride could cost approximately Rp 40.000/DKK 20).

In Denmark, most apartments are equipped with a communal laundry that you would need to pay around Rp 30.000 / DKK 15 per wash (or a bit cheaper). The sad thing is when you live in an apartment that doesn’t provide that. Maybe you could just go find a public laundry where they will wash and iron your clothes? No, no. It doesn’t work like that. When you go to the public laundry, you need to wait for your clothes while they are washed. Do you know how much it will cost you? Since it is charged per half an hour or per an hour, you could expect to pay more than Rp 200.000/ DKK 100 per wash/session.

I know that many young Indonesians who live in the big cities of Indonesia like to go to the cinema almost every weekend, but it doesn’t happen here. In Denmark a cinema ticket per person costs more than Rp 150.000 (DKK 75)!

I think it is quite common that middle/upper class women in Indonesia pamper themselves by going to the hair salon every month for a hair treatment, e.g. hair spa, cream bath, even body spa every month. In Denmark, I don’t know anyone who goes to the spa every month, even I have never heard anyone within my circle who ever goes to hair salon to have a cream bath. The reason is that if this kind of service does exist, it would be super expensive (like Rp 600.000 or DKK 300) per treatment, or maybe Danish women don’t care so much about their appearance unlike some women in Indonesia who always go outside with smooth, sleek, curled hair and full make up! I don’t want to give comment which one is good or bad, though, but just so you know even to have a haircut in a modest hair salon will cost you around Rp 400.000 (DKK 200) per service.

I lived in Jakarta for the last 7 years of my stay in Indonesia, and everybody knows how bad the traffic congestion is in Jakarta, and everybody also knows how mad all these drivers when they are stuck in traffic jam – yup, they honk every single minute. This won’t happen in Denmark. Well, in Denmark the total population is only 5.5 million, around 1 million in Copenhagen and around 300.000 in Aarhus, the city where I live. Traffic jam is quite rare, and even if there is a traffic jam, nobody would honk their car. People honk only if it’s “very urgent” or having a parade after high school graduation. Other than that, it is considered be very annoying and rude.

What you can do in Denmark, but you cannot in Indonesia

For this, the list could go on and on, as Denmark has their “different” social benefit system. Nevertheless, I am not going to talk about that. I have selected a few things that might surprise you.

Maybe you will think this is crazy, but parents in Denmark do this. They put their baby in the stroller and leave him/her alone in the garden for sunbathing or as an “exercise” to get stronger for the upcoming winter time (and they even do this in the cold winter time). If you do this in Indonesia, could you imagine what will happen?

In Denmark many people like to hang out at home, cooking together, having dinner, drinking coffee or wine at their friend’s place that could be quite often like once in a week or more if they are close friends. They are enjoying this cozy time at home even though it is quite modest and to be honest, I really like this way. In Indonesia, many young people prefer to go outside, to the restaurant, café, etc to hang out, in which I think could cost more money and  not a nice habit after all.

In Denmark (and some other countries in Europe), when you’ve finished eating at fast food restaurants like McDonalds, Burger King, and KFC, as well as at the university canteen, you will need to clean your own tray, put your leftovers in the garbage bin, and put the tray in the pile of trays provided. If it is in Indonesia, people will expect the waiters to clean their plates and trays.

If you hear about this, this might sound very fancy, maybe. But wait, many people in Denmark love to travel to the southern countries, especially in the fall or winter time. Besides going there to get more sun and to escape from the depressing Danish winter, the prices in the south (for food, hotel, etc) are cheaper than in Denmark. And holiday is considered as a need here, almost like a basic need. Even there are some organisations that help lower class family to get a family holiday for super super cheap! I hope there will be organisations like that, of course.

As I mentioned briefly in the previous point that many people in Denmark ride a bicycle on daily basis – to go to school, work, or even to a party. Bike is considered to be the fastest, friendliest, and most convenient form of transportation, especially in big cities like Copenhagen and Aarhus. Even when it is snowing, there will be someone who is in charge to clean the bicycle lane from the snow very quickly every day. Plus, all of the car drivers really respect cyclists and always give way. With so many people riding bicycles, of course there are less traffic jams and cleaner air. In Jakarta, this only happens on a car-free day. 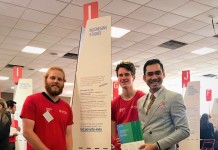