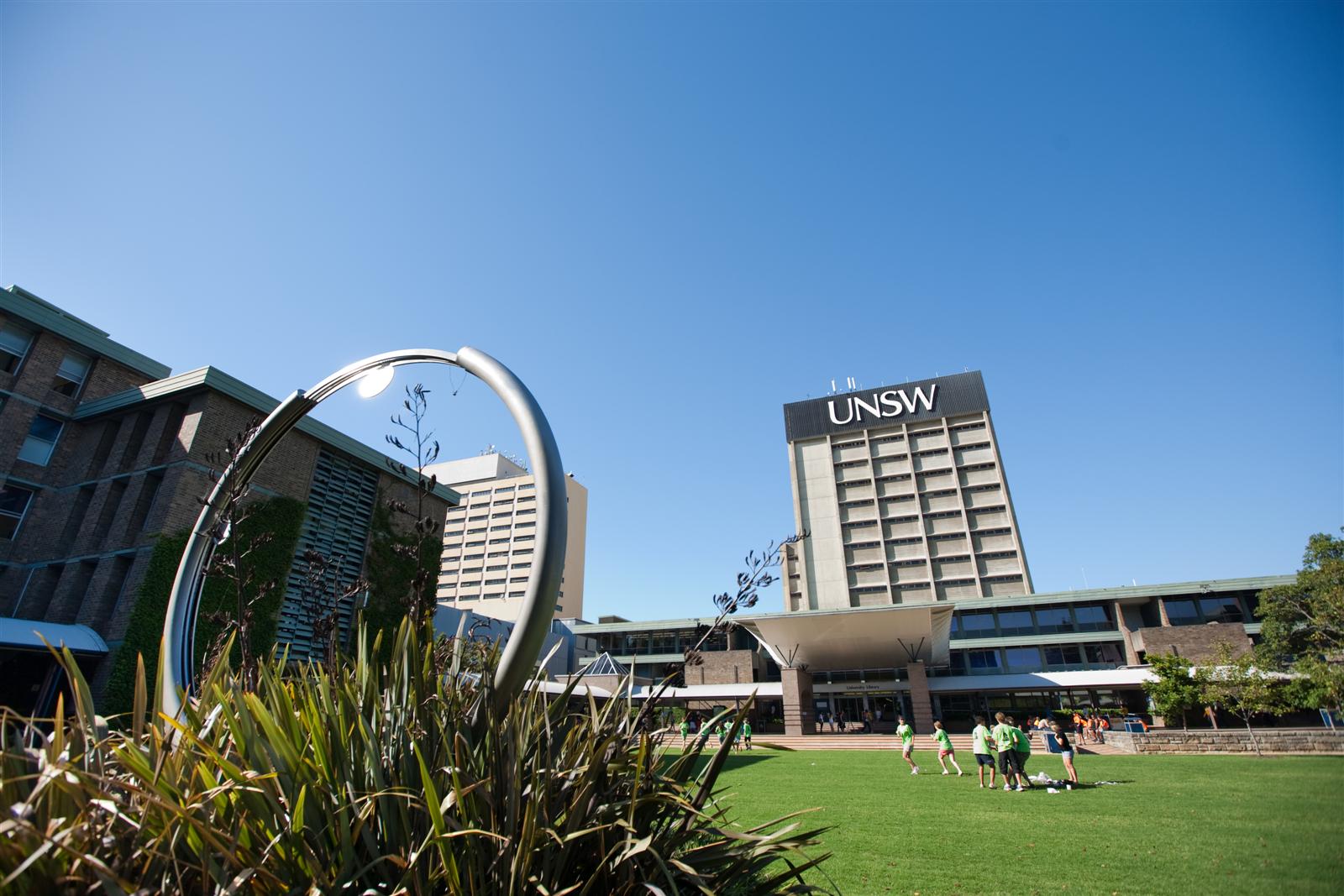 Many Indonesian students want to go to an Australian university for undergraduate studies but only know one or two ways to do it. What may surprise you is that there are at least nine different ways of doing it.

Out of all of the different countries we discuss here on Indonesia Mengglobal (IM), I find Australia special for the reason best explained by this quote from my last article on IM:

Australian universities publish a list of qualifications which they recognise or accept in their admissions process for international students (usually along with cut-off marks) and you won’t find Indonesia’s high school diploma on the lists of most (maybe even close to all) Australian universities. This makes the pathway to an Australian undergraduate program a little more complicated and a little less straightforward for us Indonesians. This fact has given rise to multiple other pathways to studying in Australia.

Before I go on, I want to make two very important disclaimers here. Firstly, this article presents only a generalisation of pathways to Australian tertiary education in light of the admission policies which are governed by various authorities in Australia. Rules also change from year to year (and have changed a lot recently) and can vary depending on the institution or the program. So, always reconfirm information you read or hear and contact relevant institutions before choosing to undertake any pathway or program. Not only is it going to ensure that you pick the best alternative for your circumstances, but it is also going to prevent disappointment later on.

My second word of caution is that the rules and schemes I refer to here are mainly directed at students who are classified as International Students in Australia. Students who are Australian Citizens or Australian Permanent Residents (PR) (and in some cases New Zealand Citizens and PRs) are not classified as International Students and may be governed by different rules and processes. Australian Citizens and PRs should refer to the guidelines set out by the relevant authority for university admissions in each state (such as the University Admissions Centre (UAC) in New South Wales) and should consult these authorities directly under special circumstances (such as if you are studying overseas in a school that does not offer an accepted qualification). If you are an Australian Citizen or PR feel free to contact me with any further questions.

There are too many pathways to discuss all in one article so I will cover pathways five to nine in another article due to come out soon. Here are my explanations and discussions of the first four pathways which I have identified:

1. Attend a High School in Australia

This is the no-brainer solution but probably one of the more difficult ones to carry out. It is not that difficult to gain admission into a high school in Australia, especially into private high schools. Although your tuition fees as an international student may be significantly more expensive than the government-subsidised tuition fees for domestic students, you will definitely be on par with the Australians and that means when you actually get into university, you will have the Australian school-system background that is assumed in university programs and courses, especially if you end up in a university in the same state as your high school.

The best time to start secondary school in Australia is probably at the beginning of Year 10 (they say Year instead of Grade in Australia) although earlier is better to allow more time for adjustment before high school goes into full swing. There are, however, some issues with this. Firstly, the different school year creates a little dilemma over when you should leave Indonesia and when you should start in Australia (Australia starts the school year in February, not in July like we do). For example, if you plan to start Year 10 in Australia, you might choose to complete Grade 9 (SMP 3) in Indonesia, wait half a year (either doing a gap half-year or continuing studies) and then start Year 10 in Australia. Alternatively, you could try to get into Year 10 after completing only one semester of Year 9 but many schools might not want to admit you because of that. Also, there’s the issue of leaving home and living on your own at a younger age; many students may not be prepared to leave everything behind as early as Grade 10.

2. Obtain an Australian High School Diploma in Indonesia (or elsewhere)

This was my path of choice way back when I was planning for the possibility of going to Australia for my undergraduate education. Though there aren’t that many options out there, you can attend a school or institution which is accredited to run a complete High School Diploma program from one of the states in Australia. The two main ones are my former high school IPEKA Integrated Christian School (IICS)* which offers the New South Wales Higher School Certificate or HSC (see my article Sistem Edukasi SMA di Indonesia: Manakah yang harus kamu ambil? – Part 1) and Australian International School in Jakarta or Bali which offers Year 11 and 12 courses accredited by the Australian Capital Territory (ACT) Board of Senior Secondary Studies (BSSS).

When you choose this alternative, it is practically like studying in an Australian High School which happens to be geographically outside Australia. Though you won’t get the experience of living away from home or of Australian life early on, you will get the one thing which almost guarantees that you have a qualification which all universities in Australia will accept: an ATAR.

So now is a good time to introduce the ATAR or the Australian Tertiary Admissions Rank which is essentially a number that reflects the relative position of a student’s overall performance compared to other students in a particular state in that student’s year. It is important to emphasise here that the ATAR is a rank, not a score. The ATAR goes by different names and even different scales in some states but typically one’s ATAR is a number between 30.00 and 99.95 with increments of 00.05. If you get an ATAR of 99.95, it’s close to saying that you are in the top 0.05% of your state. Although each state has its own algorithm, ATARs or ATAR equivalents are convertible from one state to another where necessary. It is also worth mentioning now that in some states, International Baccalaureate (IB) scores are now convertible into ATARs, but more on that later on. 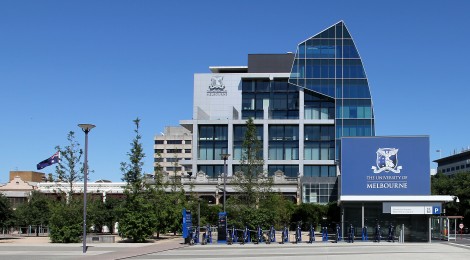 3. Complete a Foundation or accredited University Preparation Program in Indonesia (or elsewhere)

A number of institutions in Indonesia offer Foundation or University Preparation programs which are usually specially directed towards admission into an Australian university. Some examples of such institutions are INTI College Indonesia, UniPrep, RMIT Foundation Studies and Raffles Academy. Usually these institutions are affiliated with a number of Australian universities or at least have some memorandum of understanding with them. Completing a foundation program can give you some comfort in knowing that as long as you perform considerably well in all of your classes, the institution you are studying in will make sure that you get admitted into one of the universities it has a partnership with. This means that most institutions will also help you with university admissions after you finish your foundation program with them.

Most of these programs last about 8 to 12 months and are run fully in Indonesia. Your contact hours per week tend to be a lot less than that in a typical high school and you study fewer courses. Also, some institutions offer an Engineering or Science stream but almost all institutions offer a Business stream. Other than English Language proficiency, these institutions typically require completion of Grade 10 or 11. Some institutions are also willing to accept qualifications such as the Cambridge IGCSE. Check for program specifications and entry requirements at each institution’s website.

Other than the ability to stay home in Indonesia longer, one of the greatest advantages of this pathway is that it’s usually very clear and straightforward; it may not be as impressive as a rigorous program such as the IB, Cambridge A-level or the HSC but it is definitely one of the safest options. However, I think the greatest disadvantage is that you’ll miss out on the joyful memories of high school, especially in Grade 12, unless you complete Grade 12 of high school first before beginning your foundation program which adds another year or so of schooling.

4. Complete a Foundation or Diploma Program in Australia

This option is very similar to completing a Foundation or University Preparation Program in Indonesia, only you’ll have to start living overseas a year or two earlier. The major difference is that most of the institutions that run these types of programs are either run by a university or are strongly affiliated to one. I’ve put together a list of the foundation or diploma program institutions of some major universities in Australia: 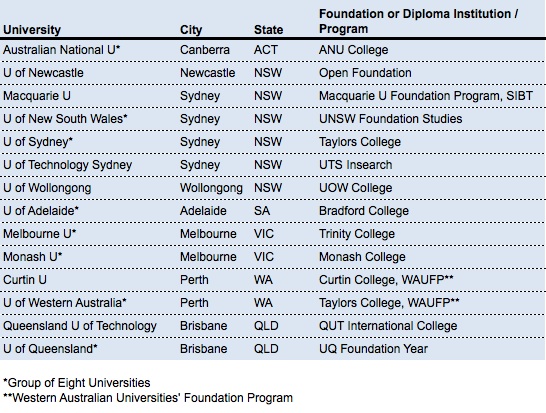 There is too much variation among institutions to discuss here but in general these programs run for less than a year and students typically need to complete Grade 10 or 11 for admission. It’s also worth noting that universities usually accept the foundation or diploma programs of other Australian universities. There are also many other institutions which are not part of any university but could be a suitable pathway. Furthermore, studying at Technical and Further Education (TAFE) is another good option to look into; you can find more information on each state’s TAFE website.

The pros and cons of this alternative are similar to those of completing a Foundation or a University Preparation Program in Indonesia except those related to residency. Furthermore, if you choose a Foundation or Diploma program which is actually run by a university itself, you can be even more confident of your chances of admission into that university. Some institutions even talk about their students’ “success rates” on their website.

So, there are the first four pathways. In the second part of this article, I will continue with the next five pathways plus I will be listing a few questions to consider to help you choose the right pathway for you. 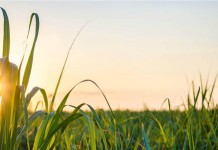