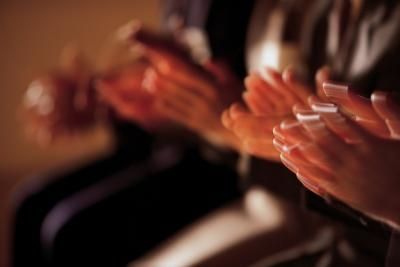 This is the second edition of Indonesia Mengglobal Essay Clinic, our effort to provide tangible help for Indonesian applicants to US colleges. This essay clinic is not meant to showcase ‘the perfect essay’, but by analyzing other people’s essays (what works, what does not work, what’s good, what’s bad), we hope you can learn how to write an effective application essay and how to continuously improve your own essay. We also accept essay submissions. Click here to learn how to participate.

This essay was submitted through Common Application, as part of an undergraduate application to three top 10 US universities. This essay is probably one of my most personal application essays, so it feels really easy to write – although the revising process took around a month of back-and-forth communication with my proofreaders.

Evaluate a significant experience, achievement, risk you have taken, or ethical dilemma you have faced and its impact on you.

When I was in 8th grade, I was nominated to be the President of my school’s Student Council. The nomination itself was not a surprise – since holding the highest position possible for an eight grader in the school, I had been widely considered the front-runner for the top position. I received a lot of support from fellow students, including my seniors in Student Council. Many of them said that I should not worry, because, in their words, there was no chance for me to lose. My friends’ beliefs encouraged me to try my best in this election.

In the final public speaking campaign, I was scheduled to be the last person to talk. I sat on the stage side as I listened to other nominees’ speeches while practicing mine silently. The first, second and third nominee did not distract my own contemplation. The fourth candidate’s speech, like three speeches before hers, was followed by a polite applause. However, a dozen upperclassmen suddenly started to cheer the fourth nominee’s name enthusiastically, even singing loudly to support her. Then they convinced their classmates to join their cheering. I was dazed. Four of those upperclassmen were the same people who declared their vote for me days earlier – people who said that I would surely win. People whom I respected, people who I thought supported me.

Why? I cried silently. Why do they turn their back on me? As I walked to the podium, I fought hard the sadness and the will to ask those upperclassmen what I had done wrong. In a second, I questioned my own worth. I took a deep breath and glanced around the room, trying to look at my audience’s eyes. I saw those upperclassmen turned to avoid my glance. As I looked at the other side, however, I met others’ smiling faces that encouraged me. My mind wandered to what I had done in the Council before. I worked together well with my peers. I made my reports on time and helped my compatriots in doing theirs. I led meetings and my upperclassmen listened and respected me. I pulled off a sport competition with a week of planning and every event that I led received a positive evaluation from both teachers and students. I am capable. In seconds, I regained control and confidence of myself.

“My name is [NAME],” I spoke in front of six-hundred students. “I believe I am the best candidate to lead [SCHOOL NAME] in the next twelve months.”

My tight grip on the lectern loosened up as I continued my speech. After the first minute, I had become myself, doing something that I love: public speaking. I enjoyed applause between my speech and people’s eyes that encouraged me. When I finished my speech, I could not be more satisfied about my performance.

Soon after all the students’ ballots were counted, I was elected the President of [SCHOOL NAME]’s Student Council.

I felt content – the disappointed feeling I had had minutes earlier did not bother me anymore. I patted myself on the back for successfully pushing my self-esteem to overcome all doubts I had, in the brief pause between the seniors’ cheering and my speech., and that was the moment I gained that inner confidence. I realized that this incident prepared me to be a leader. A leader could not satisfy everyone; for every decision, there would be pros and cons. I learned to take other people’s negative comments as suggestions I considered when I made my own decision in an objective way. Discouraging comments will not draw me back.

The essay mentions the applicant’s achievement that matter for admission committee: being elected President of the Student Council, top position in 8th grade.

My main concern is that the story does not answer the essay questions. I think the applicant attempted to tell a story about taking risk or facing an ethical dilemma. First, i genuinely feel that having the audience cheered the other candidate does not constitute an ethical dilemma or a significant risk taking. In fact, the fact that the applicant is widely disturbed witnessing the audience cheered the other candidate shows weakness of character. Why is it wrong for the audience to switch their support after listening to candidates’ speeches? Regardless, the way the applicant portrayed the story is as if what happened was such big of a shock, while the reader would feel it really shouldn’t be.

If the applicant attempted to showcase her achievement, further elaboration is required. It’s not enough to state that you’ve been elected president, it’s more important to show what you have done as president and what impact have you made. Chances are, applicants who got admitted to top 10 US colleges are at the top of their class and have significant leadership experience. Dig up the story more, this is not enough.

On the writing: the author can really be more effective in her sentences. The final paragraph, for instance, sounds cliche because it’s full of jargon (“confidence should come from the inside”, “a leader should not satisfy everyone”) rather than really tying up the lesson from the experience. In this case, it’s difficult to draw the lesson, because not much really happened in the story. Essentially, the applicant witnessed audience cheered the other candidate, cried silently, and summoned the courage to deliver her speech. What was the content of the speech was not mentioned. How the audience reacted differently after the speech was not mentioned. These are areas that can also be explored.

All in all, the one thing the applicant should never lose sight when writing the essay is that the purpose is to convince admission committee to admit her. Does the essay make her stand out among the rest? Does the essay reveal more of her qualities? These are the questions that should be answered.

This could be a part of a very strong application, but as a stand-alone personal statement, this essay feels rambling and hastily concluded.

The essay shows many effective use of narrative techniques. I’m blown away by the level of specificity it offers.

The unfinished feel to the ending and the questionably dated example, however, show lack of polish and detract from an otherwise positive image of the applicant. Gut feeling says the applicant is intelligent, but this particular essay is simply not presenting him/her in the best light possible.

The first paragraph raises several warning flags for me. 8th grade experience? Flag! This person is supposedly awesome enough that a presidential nomination for the student council comes as no surprise, yet, the exemplary experience is taken from 4, 5 years ago. Why? Did s/he do nothing special in year 9 through 12?

(note: the applicant’s high school achievements might have been covered elsewhere in the application, but that’s unfortunately beyond the scope of the clinic).

I’m also having difficulty understanding the second sentence. What is the “highest position possible for an eight grader”? Is the applicant talking about grades?

Second paragraph. The applicant seems to be portraying him/herself as focused and not easily distracted. I have mixed feelings about that. On one hand, it’s good not to be easily distracted by one’s competitions, but on the other, sometimes it’s also necessary to listen to opposing ideas and maybe synthesizing them with your own.

I actually like how the rest of the paragraph plays out. It’s the expected twist, the complication, the rising action, what have you. This signals to me that this is the hurdle that the applicant will gracefully leap over, and I’m eager to know how. Her supporters betrayed her, and now she has to get them back. Psych!

Third paragraph. The first two sentences feel like overwriting and are a tad too melodramatic for me. “Compatriots” is also a quirky word choice. It’s not working for me. If the rest of the essay is also peppered with war vocabularies, I think that could work. Fits the theme. I can see the applicant using the narrative techniques and providing specific details extensively from the start, so I can respect that. Good use of flashbacks. The applicant regains her confidence, and is now ready to give the winning speech.

Fifth paragraph. Bold claim. Challenge accepted. I think this is dramatic in the right dosage.

Sixth and seventh paragraph. In the first two sentences, the applicant finds his/her long lost superpower/magic ability. So far so good. Wait, applause? Satisfied? What just happened there? It’s like the climactic final battle has happened off-screen and now I’m already watching through the ticker-tape parade. Somehow the applicant has won but I don’t know how. In my mind, the applicant still has to win the voters (and myself) over, because no matter how confident of a speaker s/he has suddenly become, the voters are still the ones who get to decide who wins. I just feel like the applicant might be trying to wrap everything up because s/he ran out of time or word count.

(note: I’m a huge believer in the personal statement as a narrative method, but one major caveat of that approach is the temptation to write a lengthy story in the beginning, only to find out that you’re running out of space in the end and has to conclude things prematurely.

One tips I have for this is to begin your essay in medias res (ie. in the midst of things). Using this essay as an example, I think it might be stronger if it begins with the shock of the applicant when seeing the amount of support given to the other candidate. Do the awesome track record flashback, find the long lost speech power, THEN explain how s/he wins the heart of the entire auditorium).

In the eight paragraph, I feel like I’m only seeing cliches. I’m having difficulty connecting the dots between the applicant’s sudden conclusion that s/he can’t satisfy everyone with every single decision and her overcoming loss of confidence story.

THE MORAL OF THE STORY

Photo credit: How to Create a Persuasive Speech for a Public Speaking Class from eHow 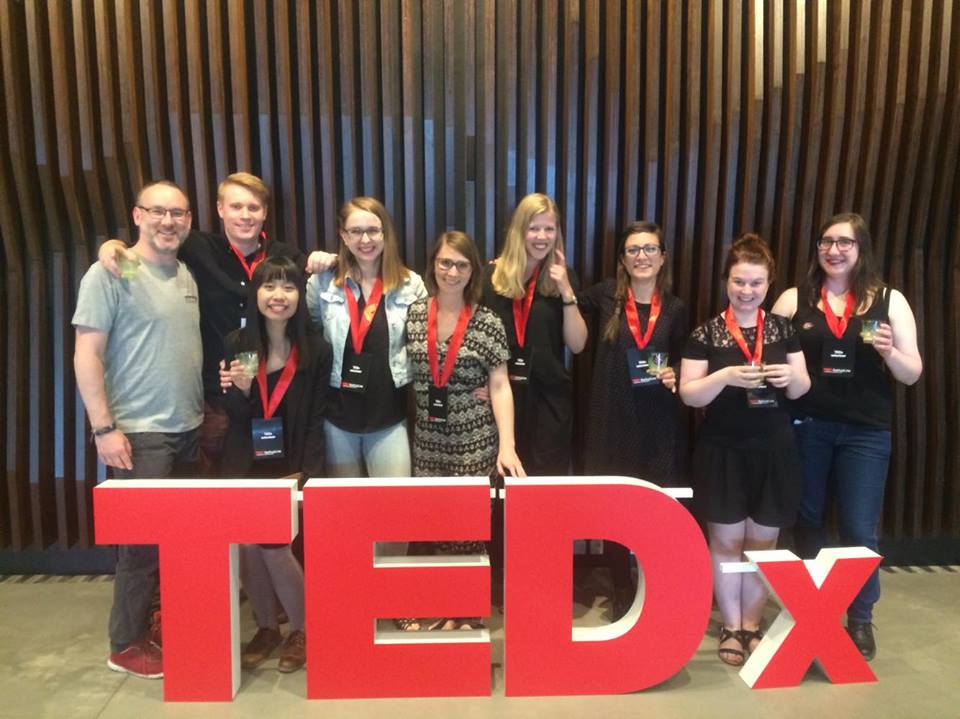 The Best Voluntary Activity in Denmark: My Experience at TEDxAarhus 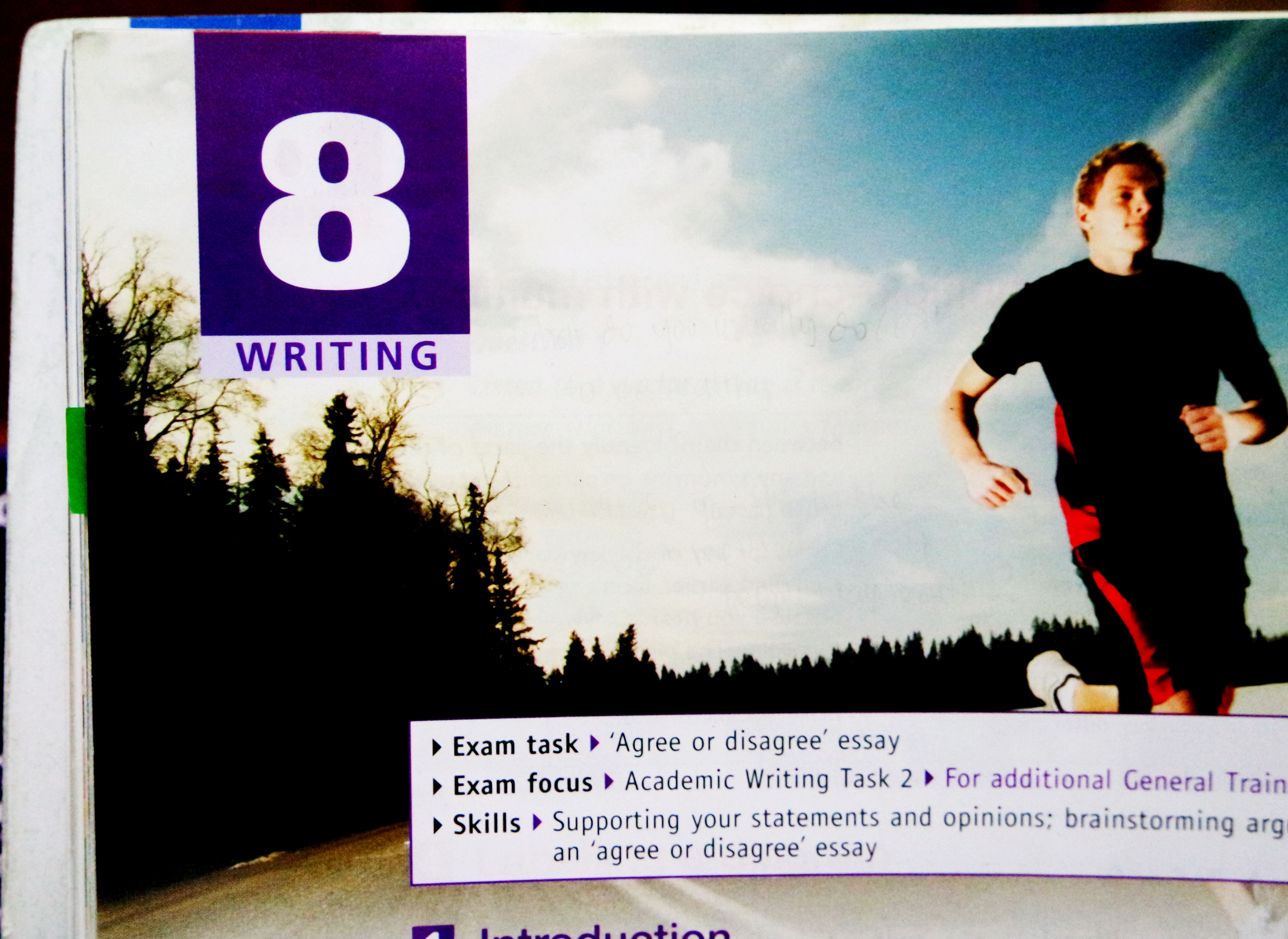 Essay Clinic: PhD in Geological Sciences at University of Texas at Austin